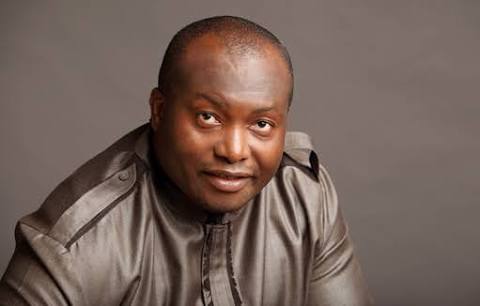 APGA is like the proverbial student who performed wonderfully well and came first in his first semester exams but came last in the second semester because of self destruction.

The successful first semester was APGA vs PDP guber election of 2017, where Dr. Patrick Ifeanyi Ubah and quite a few others helped APGA to win 21 out of 21 Local Government Areas of Anambra State. This achievement was unpresidented in Nigerian politics and it foolishly got into the head of APGA leadership. Every sustainable organization must have the capacity to manage success. APGA lacked that capacity under the current leadership.

Now, the disastrous second semester is the just concluded Anambra South Senate election (Ikemba Nnewi Zone) where APGA barely came 3rd because of three major reasons.
First, APGA was badly fractured by her notorious and primitive Primary Election of October 2018 at Ekwulobia Township Stadium. Which followed a dubious process and also in which instead of the party reaching out to aggrieved members, it asked aggrieved members to reach out to its committee. Such impunity, what a crass impudicity!
Secondly, APGA’s inability to manage Primary Election fallout left her with an open-wound going into National Assembly Elections. All three seats were lost. This is expected. The party after the Primary Election outcome was not duly managed, to add to that, there was this arrogance that no matter what or how party members were treated, the party would still emerge victorious at the General Election. It sounds strange but from all indications, that was the position of the party leadership. A most careless option which must now hunt the party leaders.
Thirdly and more damning was the dismal performance of Prince Nicholas Ukachukwu in Anambra South, where he was avoidably held in a protracted lawsuit by an aggrieved aspirant, Dr. Okey (Oduma) Chidolue, until one week to an election he should have won very easily. In the words of Dr. Chidolue, “APGA and Ukachukwu were consumed by morbid arrogance”. I agree. It was as if we must all support APGA not minding anything to the contrary.
The sad import of APGA’s horrendous National Assembly Election outing is that PDP and other opposition parties may sweep the incoming State Assembly Elections. And, if this happens, APGA is finished, buried and gone for good in Anambra politics. As it stands, APGA has very slim chance at maintaining the majority seat in the State Assembly. But its all good. This is what democracy is all about. I am particularly happy that impunity has been put to its rightful position in our polity. Never again shall a group of people constitute themselves into a cartel, in the name of Igbo party to defraud and abuse all known democratic tenets.
Good morning APGA and welcome to reality.