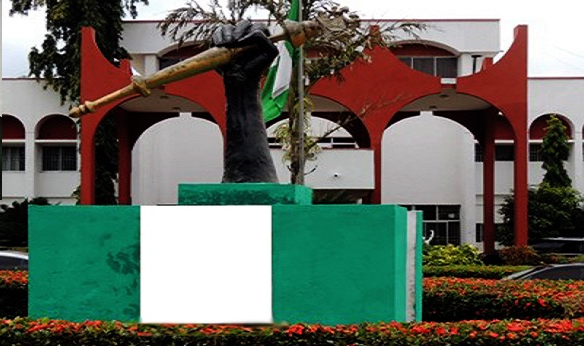 As build up to 2023 General Election thickens, several members of Anambra State House of Assembly are scheming for a return to the House. If the 8th Anambra State House of Assembly must be a public-good-oriented Assembly, then, we must dutifully assess and weigh the performance of the subsisting House to be able to make certain generalizations as well as demands, on the incoming House.

For a tenure of four years, three years out of the four, is enough time to rely on and make informed analysis of performance of the thirty House members in Anambra State. For those who are serving their second term, it is even easier. For the few serving their third term, it is a lot easier, although they are unlikely to return.

The Speaker, Rt. Hon. Uche Okafor, so far has shown credible leadership of the House. In recent memory, the House of Assembly has not been as peaceful as it is now, with absolutely no scandal of tampering with any entitlement of House Members or engaging in any activity that may aggravate House members and thus lead to crisis in the House. Hon. Uche has carried members along in a way that deserves commendation. When the House went through a difficult time with defections, just before last year’s election, the House remained calm as if there were no political differences at all. Next year, it is not certain what office he will be running for. Though there is suspicion that he might be returning to the House of Assembly, if his constituents give him the mandate to return. On the flip side, the Speaker does not have a formidable public relations and that is not great politics. The Deputy Speaker, Rt. Hon. Pascal Agbodike is grounded and rooted in his constituency. He is poised to replace Hon. Ifeanyi Momah in the House of Representatives next year. Hon. Pascal is youthful, just like the Speaker. Pascal is the Chairman of Conference of Deputy Speakers in the Southeast; he is arguably the best Deputy Speaker of Anambra State House of Assembly, in recent memory by any standard of aggregation of performance indices. The Majority Leader of the House, Hon. Nnamdi Okafor is a passionate lawmaker, good man, but he is not detailed, also has poor public relations. He is apparently interested in contesting for House of Representatives, but going by those lined up to contest against him, it is predictable that Hon. Nnamdi might not get the ticket.

Generally, in the House of Assembly of Anambra State, just as it is with every legislature, there are those that set the pace for meaningful debates. There are chronic bench warmers and there are those that are both unseen and unheard. In the current 7th Assembly, all the groups are fully represented. 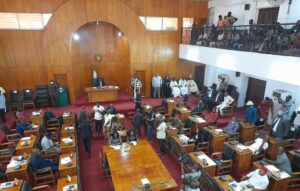 Hon. Somto Udeze is an influential figure in the Assembly and he has distinguished himself as a dutiful lawmaker and politician. He is on ground in his constituency and well vested in the politics of Anambra North. He is an asset. Hon. Nonso Okafor is one of the most vocal members who really has something to say when he stands to talk. For a first timer, his performance so far has been starring. Hon. Tim Ifedioranma is a very sharp lawmaker, and a man of deep convictions. Hon. Uzoma Eli is a brilliant lawmaker, who does not talk because he must talk. His contributions to debates are always outstanding. For a first timer, he has mastered the art of lawmaking and the politics of legislature faster than usual. His party and constituents should return him, he is a political asset. Hon. Obinna Emeneka is also one of the most nuanced voices in the 7th Assembly, just as he is one of the most experienced in the Assembly. Hon. Obinna has his shortcomings which includes some attitude problems. Hon. Carter Umeh came in with a lot of high expectations. Many people thought he was going to be outstanding in all spheres as a lawmaker. Unfortunately, Hon. Carter has not been able to meet those expectations. In the House, it is as if Carter is not even there at all. If he is seeking another term in 2023, it might not be easy for him to return, using his current political platform. Hon. Douglas Nwachukwu is a remarkable member of the Assembly with outstanding contributions. Although sometimes, he gets either confused or overwhelmed, but he is definitely making his best efforts. Hon. Lawrence Ezeudu is a smart lawmaker and politician. A sharp man who literally subjects everything to political test. Hon. Noble Igwe is doing well as a first time lawmaker and has an open mind to engage. Hon. Pete Ibida would not talk in the House until he is able to figure out high sounding words to deliver a simple message. Hon. Ibida complicates what would have been a very beautiful experience because of his desire to impress. He wants to return for a third term, but his people may not find it funny. Hon. Edward Ibuzo has mastered Nigerian politics. He is no longer as passionate about changing things. Hon. Emeka Aforka is just a regular politician, although he appears decent and focused. When it is convenient, he contributes to House debates. Hon. Ejike Okechukwu is also one of those that wouldn’t talk because they must talk. He carefully chooses his words. Although his public relations is poor and in his constituency, it is not clear how firmly on ground he is.  Hon. Johnbosco Akaegbobi is a jolly good man. A grassroots politician, who defeated the former speaker of the House, Rt.Hon. Rita Maduagwu. Hon. Okechukwu Okoye often appears like a civil servant. There is nothing about him that suggests he is a politician, much less a member of the House. He makes little contributions to House debates and almost conducts himself as if he is not there. His public relatiosn is near zero adn it is unclear how acceptable he is in his constituency. Hon. Emmanuel Nwafor is a matured lawmaker whose maturity reflects in his disposition and general conduct. He rarely makes contributions on the floor of the House, but his contributions are usually flawless, delivered in impeccable good grammar. Hon. John Nwokoye, may not be an ideal lawmaker, but there is no doubt that he works extremely hard to give nothing but his best. Hon. Beverly Ikpeazu-Nkemdiche is the most experienced lawmaker, serving her complete third term as a lawmaker. She is also the only woman in the 7th Assembly. Throughout this Assembly, not much has been seen of her. Although she remains her no-nonsense self. Hon. Onyebuchi Offor has not been a lot visible and involved lately, in the House. May be pursuing his House of Representatives ambition, but that has not stopped him from remaining who he has been, saying his mind and acting his own script which are sometimes controversial, but he does not care. Hon. Ezenwunne Fabian has almost disappeared from the House for reasons that are unknown. In the 6th Assembly, he was a lot more active and participatory. Hon. Chidi Udemmadu is no longer as active as he was in the former Assembly. Hon. Udeoba Patrick is seen but almost never heard either in private or at the plenary. Others in this rank are Hon. Okoye Pius, Hon. Chiekwu Arthur and Hon. Obimma Charles. Hon. Ejiofor Ebele and Hon. Sonny Ozobialu are not also making contributions to House debates most times, especially Ozobialu who it is doubtful has ever spoken for up to two minutes at the plenary, ever, in almost three years. But Ejiofor and Ozobialu have a way they soften their public perception.

At the end, first and some second timers who have made laudable contributions to House debates and to their constituency, where it applies, should be supported to return to join the 8th Assembly. Their experience and informed opinions will be needed to keep the House in the desired direction. But those who are neither on ground in their constituencies, nor valuable to the House debates might be left to fate by their party and constituents. This is what I think will happen in 2023.