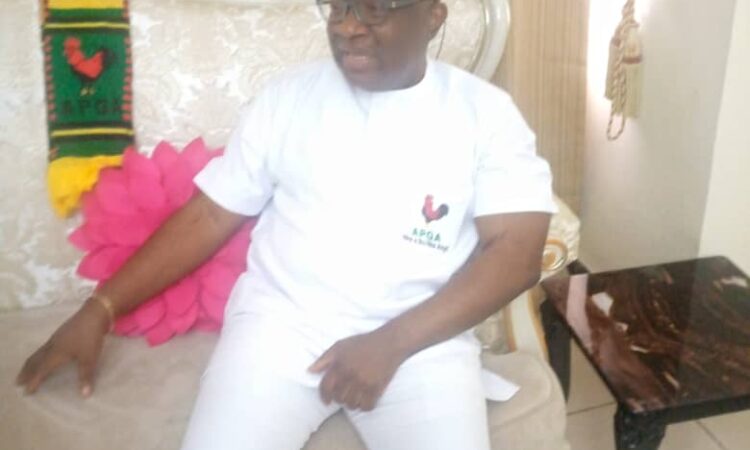 Abia State governorship aspirant on the platform of All Progressive Grand Alliance APGA, Prof. Gregory Ibe has stated that the people of the state have woken up from their slumber and would not allow manipulation of election again in 2023.

Prof. Ibe who spoke with our reporter in his country home Uturu , Abia State said since 1999 to today , one formula has been used to deceive the people during election.

” One formula has been used to deceive almost five million people and after a while, our brothers and sisters have started realising that the process is faulty and not proper.

Since 2019,our people have woken up from their slumber and they are ready to defend their votes this time.
One man from Ngwa had stated that every election year Obingwa poll 81,000 votes while in the actual sense , they are not up to 21,000.

Senator Enyinnaya Abaribe was quoted to have said the same thing . This means some people have been manipulating the people and electoral process in the state.
In this 2023 election, the people and new electoral will do magic ” he said