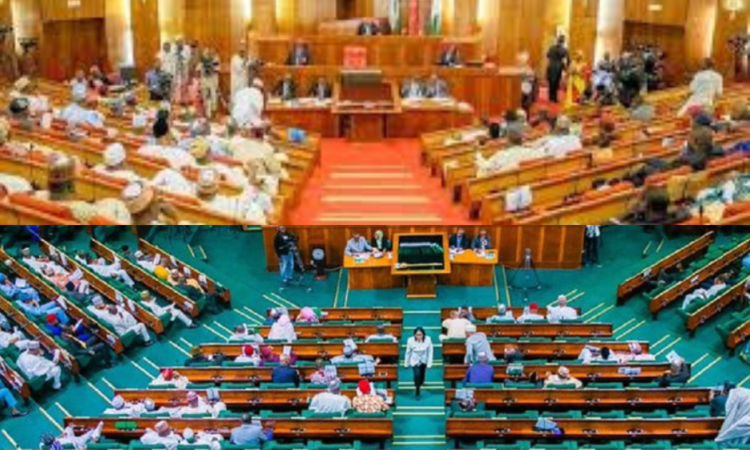 Analysis: Who wins What in 2023 National Assembly Election in Anambra State?

Next year’s election in Anambra State is purely a legislative business as it is only National and State Assembly elections that will hold in the state. The three senatorial seats, eleven House of Representatives Seats, and thirty state constituencies are up for contest. The intensity of contest, however varies from one constituency to another, depending on certain defined peculiarities. What is however clear is that out of the three senatorial seats, APGA might get one or two seats. But out of the eleven House of Representatives seats, APGA might get five or six seats. For now, the State House of Assembly election would be seriously shaped by the outcome of the presidential election. In the event that Peter Obi manages to win, then, the Labour Party would make an incredible inroad to the Anambra State House of Assembly. Otherwise, APGA might still maintain its dominance, with a touch of different other political parties including the PDP, YPP and Labour Party.

For the senate, in Anambra South, the contest is squarely between Hon. Chris Azubogu and Sen. Ifeanyi Ubah and both are from Nnewi North Local Government. Hon. Chris is of APGA while Sen. Ubah is of the YPP. As of now, Ubah and his YPP are well situated for a good contest, but Hon. Chris still has a chance. In Anambra Central, Sen. Uche Ekwunife, PDP Hon. Dozie Nwankwo, APGA and Sen. Victor Umeh, LP are in the contest. It is a tripod contest. In any case, it does appear that Ekwunife and Nwankwo might be squaring it against each other, with Umeh taking a close third place. Perhaps, this is one of the places APGA might win a senatorial seat, if Dozie works extremely hard. In Anambra North, it is a contest between two powerful women, one in PDP and the other in APGA. Hon. Tony Nwoye is a good candidate but as it stands, he would only help to disrupt the chances of one of those women. Ebele Obiano of APGA and Stella Oduah of PDP will be digging it out and one of them will win. Both women are powerful, influential and have capacity to oil their political machinery. So it’s a tough contest, yet, APGA might take it.

In Aguata Federal Constituency, it might be a very hard nut, given that the governor is from that constituency and his arch political rival in APGA during the electioneering campaign, Hon. Chukwuma Umeoji, is also from the zone and he is the APC’s senatorial candidate for Anambra South zone. Hon. Umeoji has a serious political capital in that constituency and the APC’s candidate in the federal constituency can ride on his back to create a disruptive impact. Prof. Soludo, the state governor, Umeoji of APC, Chris Uba of PDP and Valentine Ozigbo, now Labour Party torch bearer, might have the same interest in the zone and it will be tough with APGA, APC, LP and PDP striving to win.

In Ihiala Federal Constituency, the odds are overly in favour of Hon. Pascal Agbodike, the Deputy Speaker of Anambra State House of Assembly. His closest rival and the incumbent, Hon. Ifeanyi Momah is a public relations disaster and it counts against him, coupled with the fact that Ihiala takes its zoning arrangement seriously. Pascal on the other hand enjoys favourable public ratings across social strata. In Dunukofia, Njikoka and Anaocha, although Hon. Lawrence Ezeudu is not a bad idea, Hon. Pete Ibida of APGA is poised to pick it. His closest rival in the PDP will be unable to match Ibida’s strength, which he is capable of oiling to no end, with added privileges of state support. Ibida has paid his dues in APGA and in the constituency and he is a stable political actor.

In Nnewi North, Nnewi South and Ekwusigo federal constituency, it is an open contest that is likely to go the way of Hon. Nonso Okafor of APC. This might be the only place the APC would win in Anambra State. Nonso is a perfect candidate for that seat, and this is a known fact. But his party is a challenge, however, it can be mitigated. Uche Elodimmuo of APGA, Ndubueze Ezeani of PDP, Peter Uzokwe of YPP and Emeka Anagwu of LP do not have the name recognition and wide acceptability Nonso has. In Ogbaru, it will be an interesting contest; a tripod in which APGA, PDP and LP will slog it out. However, PDP’s Chu-Chu Onyema or APGA’s Arinze Awogu might take the day. Hon. Onyema the incumbent might be undergoing some diminishing return and his public relations skill is questionable, but he is in good form and ready. But Arinze Awogu, the former Transition Chairman of Ogbaru LGA, might pull a surprise. In Idemili, the contest is between Ikenna Iyiegbu of Cubana fame and Uche Okonkwo, Sen. Annie Okonkwo’s son. Ikenna is of APGA while Uche is of LP. Both have capacity to oil their political aspiration to any level. Yet, it is perceptible that Ikenna Iyiegbu is likely to win that contest squarely. For Awka federal constituency, it is a tripod contest involving Prof. Lilian of LP, Emeka Igwe of PDP and Obi Nwankwo of APGA. However, Obi Nwankwo appears well ahead and likely to win the contest. In Anambra East and West, Hon. Chinedu Obidigwe might be poised to win for APGA. Although he would not have it easy with Hon. Obinna Emeneka of PDP. Emeneka is a dutiful lawmaker who has something to offer. But the political configuration doesn’t seem to favour him outrightly. Oyi/Anyamelum federal constituency is also a tripod contest involving Uche Okafor -Whiper of YPP, Maureen Gwacham of APGA and the incumbent, Hon. Vincent Ofumelu. Three of them have some tailored advantage(s) in the race, but if the existing advantages are anything to go buy, then it might be a race between YPP and PDP. However, if APGA is able to reclaim its stake in that constituency, then, Mrs. Gwacham might pull a surprise. Yet, it is Hon. Vincent Ofumelu’s election to lose. But it bears repeating that APGA might pull a surprise if it is able to activate a winning strategy, which will need to be extensively oiled. For Onitsha Federal Constituency, it is between Hon. Edward Ibuzo of APGA and Hon. Lynda Ikpeazu of PDP, who is the incumbent. My persuasion is that Hon. Edward Ibuzo has everything it might take to edge her out, although it is going to be a tight contest.