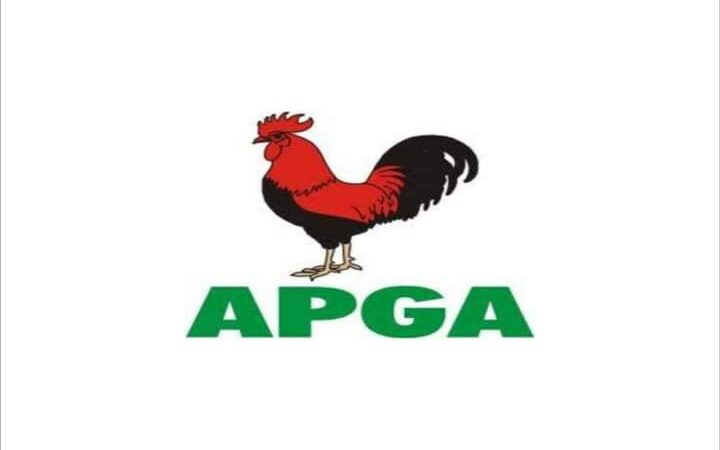 Anambra 2021: What Would be APGA’s Worst Political Error?

As the 2021 governorship election in Anambra state draws even closer, the stakes have reached electrifying tension. For all the major political parties in the contest, their aim is defined, though clearly tough. As expected, it is a lofty aspiration to ever think wrestling power from a party that has been in place for sixteen years will be a walk in the park. It won’t be easy by any strand of consideration possible.

Beyond the mere fact that the All Progressives Grand Alliance – APGA has been in power for about sixteen years, the party is like a movement and has become entrenched such that it is associated with the identity of the people of Anambra state. Years of defining APGA as an Igbo heritage has proven to be effective. Therefore, it is perceptible that either way, the contest is about APGA. By and large, it is a question of whether APGA can retain the seat or if the party can be defeated. Importantly, however this pans out is fundamentally dependent on how well APGA manages its internal affairs in the matter of who becomes the party’s flag bearer in the November 6, 2021 governorship race in Anambra state.

The best chance of opposition political party at wining the gubernatorial election is for there to be deep crack in the ranks of APGA. And a definite way to ensure that this crack becomes feasible and life threatening is to undertake a shady party primary election shrouded in deceit and fraud, in order to favour any preferred aspirant. This by far, will prove to be a most expensive mistake and a force of destabilization. As of now, APGA has two major mileage that other political parties in Anambra do not have and those are; stability and public acceptability. The party is both stable and acceptable to majority of Anambra voters who follow the party ardently with only secondly recourse to questions of performance by the government. This is true. Only APGA can boost of this level of religious followership in Anambra. The PDP has an appreciable level of acceptability, but the party is not stable, hence the recurring decimal wherein party members always trade their candidate for other candidates, during elections. For APC, though relatively stable, but the party still suffers stigma from majority of Anambra voters. Without mincing words, it is almost certain that the APC will not be able to monster enough support and public goodwill to become the ruling political party in Anambra state, in 2021. The YPP on the other hand is a new entrant and very clearly lack the proper configuration to be able to monster a win in the coming Anambra state governorship contest. Viewed from this prism without further interrogation, this easily predicts a win for APGA. But not so fast!

As of now, there are strong insinuations that APGA has conceded its ticket to Prof. Chukwuma Soludo, a former governor of Central Bank of Nigeria, who once was the gubernatorial candidate of the PDP in the 2010 governorship election in Anambra state. Speculations abound that he has struck deal with the leaders of APGA to procure the party’s ticket unopposed. As of today, the resistance to the idea of having Prof. Soludo as the sole candidate of APGA has reached palpable mutinous heights within the party hierarchy. Although interestingly, till date, it has not been heard that the governor of Anambra state, Chief Willie Obiano who doubles as the leader of the party, or the National Chairman of the party Chief Victor Oye, have declared their support for Prof. Chukwuma Soludo. There are also speculations that the governor and the party are bent on disappointing Prof. Soludo at the last minute for their preferred candidate. Many allies of Prof. Soludo have complained that he is already seeing himself as the governor by the way he talks and behaves, and so for them, a strong indication that the ticket is his. The fact however remains that the man or woman who becomes the flag bearer of APGA by the end of INEC nomination in July, is the substantive candidate. How this happens, more than anything else is important for APGA to retain its vantage position in the political equation of Anambra state for this year’s election. What this means is that the process through which APGA elects its flag bearer will speak to the position of the party going into the general election. And how APGA goes into the contest, in turn, will determine to an appreciable degree, how the election may turn out.

This is why for APGA; the party must ensure that its primary election should be free, fair and credible. Attempt to impose any aspirant on the party may prove to be fatal and likely result in ceaseless legal gymnastics that may end up with APGA not having any candidate just like it happened in Zamfara against the APC in 2019. If it is in APGA’s interest to retain the seat of power of Anambra state, then, it must not trade its stability for any aspirant no matter how preferred, as the rancor it will generate most likely will sabotage the party’s vantage position in the coming gubernatorial election.  At worst, APGA should seek a political solution in which a neutral person, who is presently not in the contest, can fly the party’s flag. Otherwise, the only option left for the party is to go to field and conduct a credible primary election for all aspirants running on its platform.