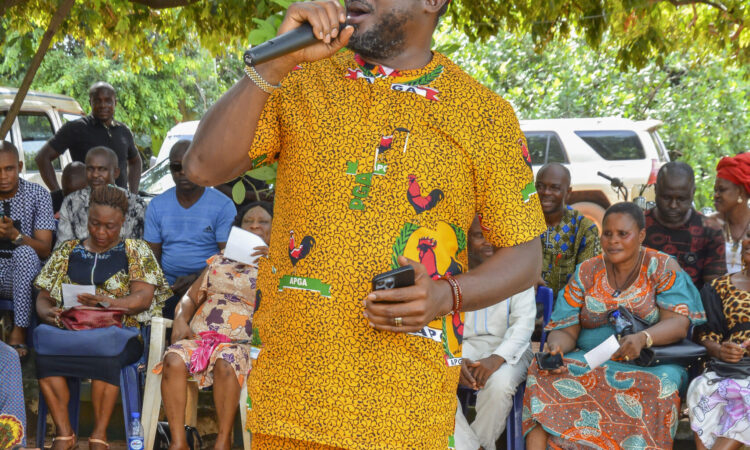 The meeting of all APGA leaders in Awka North which was held at Doro Garden in Isuaniocha at the instance of APGA frontline Anambra Central senatorial hopeful Uzuegbuna Okagbue, saw the All Progressives Grand Alliance – APGA leaders, speak highly of Okagbue’s articulation, presentation and clear understanding of the challenges the people are facing. The twenty-four man local government executive and the twenty-one man ward executive members of the APGA in Awka North, today expressed their utmost delight with the aspiration of Uzuegbuna Okagbue to represent Anambra Central at the 10th senate.

In his address, Uzuegbuna Okagbue said he asked to see all party officials of the fourteen wards of Awka North, with all the local government executive members to formally inform them of his aspiration to represent the zone at the senate. Describing the manner he intends to represent the people as their senator, Okagbue said he would run an open door policy. “I will run an open door policy as your senator”. Speaking on the challenges of APGA in the past, he said the party looses General Election because party men and women withdrew support from the candidate. “Before, APGA has lost this election because party people do not support our candidate; if party supports our candidate, he will win. You are the party. If you support me, then, I will win. If you agree that I will go, then, I will go. My personal needs are few. So my preoccupation will be you, our party men and women; our constituents”, Uzuegbuna Okagbue pledged. 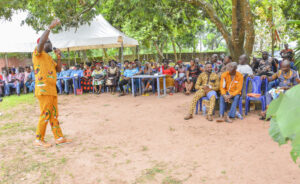 Responding, the Awka North local government party chairman, Chimezie Ikwune urged the people to support Uzu, attesting that he has known Uzuegbuna Okagbue over the years, and that what he said he will do is what he will do. “Awka North, you have heard our brother. What I want to tell you is that Uzu is a nice man. Therefore, please support him. I know that he will not disappoint us”, Chimezie assured.