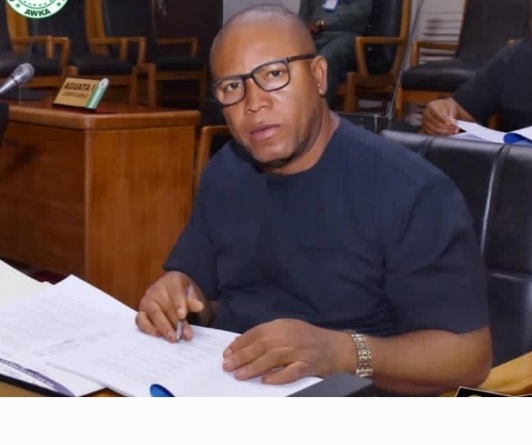 The member representing Dunukofia local government in Anambra State House of Assembly, Hon. Lawrence Ezeudu, has called on the governor, Prof. Charles Soludo to conduct local government election. The call which was made during plenary on Tuesday, would be the first time a member of the Assembly is challenging what has become a pattern in Anambra State wherein the local government system is near collapse with appointment of transition committee in perpetuity.

In his explanation, Hon. Lawrence said that one of the major reasons governor Soludo was overwhelmingly voted for, is because he promised something different and assured that he was going to be accountable and set up systems through which every Anambra money can be duly accounted for. However, Ezeudu regretted that the transition system in the local government does not allow for any form of accountability because those appointed to oversee public money do not have the mandate of the people to occupy their local governments. “Mr. Speaker, we were voted in this House to represent our people and speak their minds. So when things are not going well, it calls for members that have personal explanation to give, to make bold and say it as it affects their constituency and Anambra State”, Hon. Lawrence said in his background speech. “Mr. Speaker, the recurring decimal of appointing transition committee in the local government, there is a sense as if we are co-conspirators of our own misfortune. I rise to speak truth to power. I have the mandate and instruction of my people to say no to this transition committee. This is a later day Trojan horse and we will not be elected to speak to power and we shy away from it”, Hon. Lawrence Ezeudu said. The honourable member also noted that Enugu and Delta states which are Anambra neigbours have been conducting local government election in their states.

“Mr. Governor was voted overwhelmingly because of the sense that he is going to instill due process and rule of law. I don’t know who is misleading the governor to continue on this path of placing people that are not accountable to their people to mortgage our joint patrimony”.

“Mr. Speaker, we as honourable members must choose now if we want to speak for the people or we want to be called sycophants and rubber-stamp. I think it should stop now! We should choose to continue with this Trojan horse or instruct Mr. Governor to constitute a functional ANSIEC, while the civil service in the local government runs the system till a local government election is conducted. I stand on this parliament to say that history will judge us unfairly if we mortgage the general patrimony of our people to those that are not accountable to their people. Not on my name will I support any transition in this House, anymore”, Hon. Lawrence Ezeudu said.