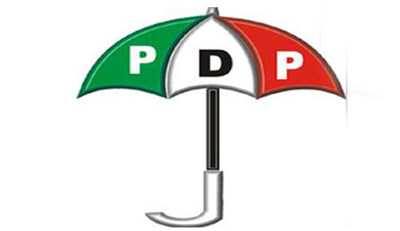 Comrade Ndubisi Micheal Omile, a former President of the National Union of Anambra State students, who later served as an Assistant to Chief Agagbo former Anambra State PDP Chairman and later as the Chief of Protocol to Southeast PDP executive, has frowned at the suspension of Chief Chris Uba and Linus Ukachukwu from the PDP, by the state acting executive.

Only a few days ago, the news of suspension of two PDP stakeholders in the persons of Uba and  Ukachukwu was received with mixed feelings by people who before then had assumed that perhaps finally, all is now well with the PDP. The suspension by the State Caretaker Executive clearly suggests that all may not be well and that there may still be a long way to go in the brewing crisis. Reacting to the development, Comrade Omile wondered why exactly Chief Chris Uba and Ukachukwu have to be suspended. In his words, “I heard about the suspension of our two stakeholders on social media and I wondered who remains when Chief Chris Uba and Linus Ukachukwu are suspended from the PDP. It is not possible. The decision was taken without due diligence, this I can comfortably tell you. How can boys scout suspend a major general”, he asked rhetorically, “it is not done”, he quipped. According to Omile, Chief Uba has been sidelined from the party because some people came in and want to hijack the party. “I have been in this party since around 2003 as a young boy. We know who is who. We know who came in and want to hijack party; those that want to push our leaders away”, Omile said regretting that such action is comprehensively futile as political solution remains the only way to reach an agreement over political differences. “Okey Osolo the Chairman of the Caretaker executive should tender an apology to Uba and Ukachukwu within 48 hours or the youth wing of the party will stand up against that decision”, Ndubisi Omile said.

Anambra State PDP has been in an intense superiority contest of some sort before. Ever since entrance of some members of other party to PDP, it has been a festering political crisis in the party at every election season, which has continued to sabotage and weaken the party’s chances of winning major election in Anambra State like the governorship election. In fact, Anambra PDP has become synonymous with crisis and it is uncertain if the suspension is really in the party’s interest.

Comrade Omile thanked Chief Chris Uba for his maturity and steadfastness in the PDP in the face of unwarranted political assault from those that want to hijack the party.