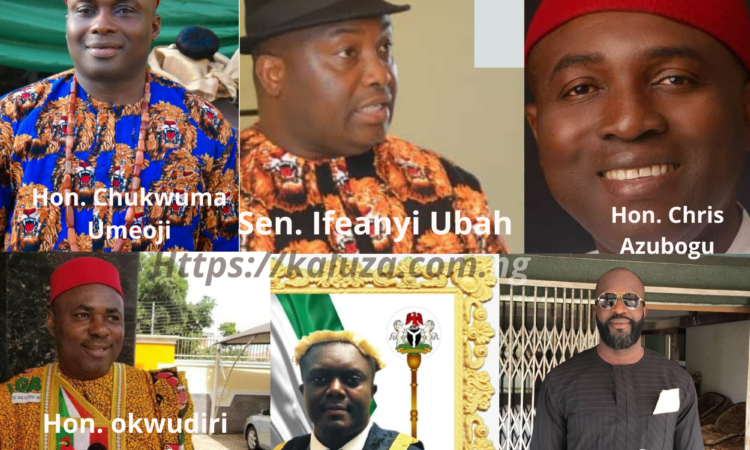 Anambra South and the Quest for Quality Representation in 2023

A close look at Anambra South senatorial zone ahead of the 2023 General Election shows that so far, the zone is generally the least contested of the three senatorial zones in Anambra state. To buttress, in the other two senatorial zones of Anambra Central and Anambra North, there are already a plethora of formidable aspirants angling for positions in the major political parties. But in Anambra South, it is different. As of now, nobody knows for sure who will be squaring it up against the incumbent senator, Ifeanyi Ubah. However, there is hardly any satisfactory reason for the level of disinterest in Anambra South. The only possible explanation is that the incoming governor is from the zone which might have stolen the show. Anambra South senatorial election has not exactly been keenly contested in the past election cycles. In 23 years of Nigeria’s unbroken democracy, Uba family of Aguata has represented the zone for 12 years; Sen. Andy Uba was in Senate for 8 years, while Sen. Ugochukwu Uba was in Senate for 4 years. Nnewi area will complete 12 years next year, in this order; Sen. Nnamdi Eriobuna from Ihembonsi in Ekwusigo LGA, 4 years, Sen. Ikechukwu Obiora from Nnewi, 4 years, and Sen. Ifeanyi Ubah from Nnewi, 4 years. What this means is that if Ubah goes back, he would be the first person from Nnewi area to be reelected to senate and the second senator from Anambra South to return for a second term since 1999. Meanwhile, Ihiala will remain missing in the equation.

Notwithstanding, Sen. Ifeanyi Ubah the incumbent senator will likely fight a political battle of his life to retain his seat next year, although nothing on ground at the moment points to the direction of his potential opponent, capable of putting such a fight. However, there are indications that strong forces are aligning to displace Ubah in 2023. There have been arguments as to whether Ubah deserves to go back to the senate. This argument is open for consideration, but one thing is that Ubah is a new lawmaker and has never had any experience in governance or lawmaking. For his supporters, the argument may be that when he goes back, he will do better; this line has always been the saving line for first time lawmakers aspiring to return. The point however remains that lawmaking requires a lot of tact and dexterous deployment of skill and knowledge. The extent to which Sen. Ubah has been an ideal senator for Anambra South remains a subject of argument. But then, Ubah is socially active and almost everywhere so he has maintained a good relationship with the masses. Yet, does that amount to quality representation? Only a few months ago, Ubah appeared to be falling out of political favour, but at the moment, there is a sudden comeback and how exactly all these impact on his quest to return to the senate in 2023 will be an interesting development in the coming months. But apparently, Ubah will find it more difficult returning to senate in 2023, considering that his base Nnewi may not give him the near absolute support he enjoyed in 2019. Even as it is most likely that Anambra South senator in 2023 will still come from Nnewi or Ihiala area because, Governor-Elect Soludo, is from Aguata area and Aguata will not have both governor and senator. What this means is that serious political parties will consider where their aspirants come from in deciding who fly their party’s flag for the election.

For the Anambra South House of Representatives seats, most of the incumbent will not return. At least three out of the four sitting members will not return. Hon. Ifeanyi Momah representing Ihiala Federal Constituency is a young man who ordinarily ought to have a smooth return. But he will not return and here is why. Hon. Momah has not given a good account of himself as a federal lawmaker. But also, he is not on ground in his federal constituency; add to it that he appears to be more interested in showbiz than in lawmaking. However, his most difficult challenge is the zoning formula in Ihiala and by that arrangement, it is the turn of Ebonese and Rt. Hon. Pascal Agbodike, the Deputy Speaker of Anambra State House of Assembly is positioned to take it. He is a young, assessable and hard working legislator from Ebonese and is set to unseat Hon. Momah in 2023. Dr. Pascal Agbodike without any doubt has what it takes to deliver quality representation to his people and should Hon. Momah fail to honour the zoning arrangement in Ihiala, Rt. Hon. Agbodike has what it may take to contain him and put him on the path to early retirement in politics. In Orumba North and South federal constituency, the incumbent Hon. Okwudiri Ezenwankwo is a grassroots man. He is on ground, but issues surrounding party politics may not allow him to return to the House of Representatives. Aguata federal constituency has similar problem with Orumba. In Aguata, the incumbent Hon. Chukwuma Umeoji is a grassroots politician and he is liked by his people. He has gone through this route before and used Labour Party to win his election into House of Representatives. Add to it that he has sufficient war chest. If Governor Soludo is determined to take his federal constituency, or pay the duo back considering what they did to stop Soludo, then Aguata and Orumba federal constituencies may be a mini governorship contest. And if it gets to that, APGA may simply fill overly qualified candidates in those places and with heavy support from the governor, both Ezenwankwo and Umeoji may not return and this is my prediction. Finally on this, is Nnewi North/South and Ekwusigo federal constituency whose incumbent is Hon. Chris Azubogu. Hon. Azubogu has done his bits and now serving his third term in the House of Representatives. He is due for Senate, but the challenge is that he has been in the space for a while and diminishing return has naturally set in. He might still contest for senate, but again, he does not appear to have any magic that will play to his advantage. At the moment, going by the news flying around, Azubogu is in PDP, APC and APGA. In other words, he is everywhere and nowhere.

Anambra South does not look like the centre of action in the coming election. However, the people of the zone still deserve to have nothing short of their best in senate and in the House of Representatives. The process is already on and both the party and the people can only present, and vote for those who have offered themselves to serve.