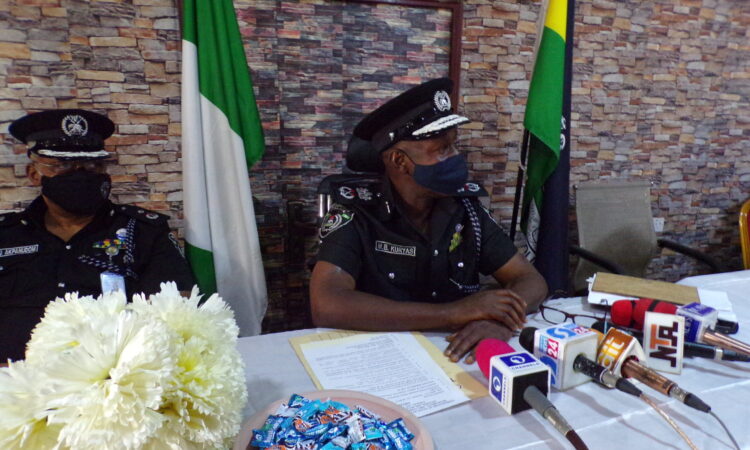 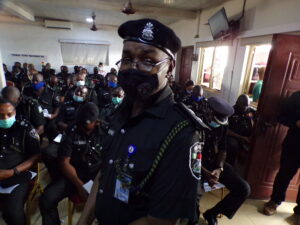 Anambra state PPRO at the event

In an address to the press, CP Bala Kuryas noted that he has been properly briefed about the existing security challenges facing Anambra state which include; armed robbery, cultism, kidnapping, one chance robbery gangs, land dispute, illegal revenue collectors, farmers/herders clash, among others, in no particular order. He also thanked his predecessor for his contributions to the maintenance of law and order, as well as the government of Anambra state for total support to the police command. “The Command under my predecessor, AIG John B. Abang, recorded many successes in curbing the menace of armed robbery, cultism and communal crisis in several areas across the state… I also want to acknowledge the immense support of Anambra state government for the operations and activities of the police command and its personnel”, the CP said.

Furthermore in his address, the Anambra state new CP warmed lawbreakers to “have a rethink and purge themselves or relocate from the state”. Similarly, CP Monday Bala Kuryas cautioned against fake news because of its “capacity to cause widespread disaffection, chaos, violence or disruption of the public peace”. He then admonished “purveyors of such news through whatever means to desist henceforth or face the full wrath of the law whenever they are apprehended”, CP Bala said. Officers and men of the command were urged to “eschew corrupt practices and indiscipline”, by the CP, even as he pledged to sustain the existing inter-agency collaboration in Anambra state. 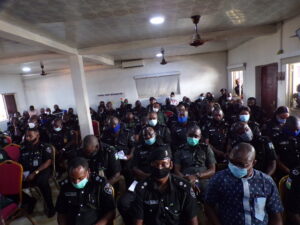 Men and officers of the Anambra state Police Command

In his final remarks, the CP assured Ndi Anambra that he will do his best to sustain the position of the state as the safest state in Nigeria and also encouraged members of the public to report any suspicion to the nearest police station or through the Command’s emergency number: 112 or 07039194332

Also today, some men and officers of the Anambra state police command were decorated with their new ranks, amidst celebration by colleagues, family, friends and well-wishers. 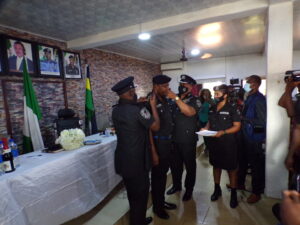