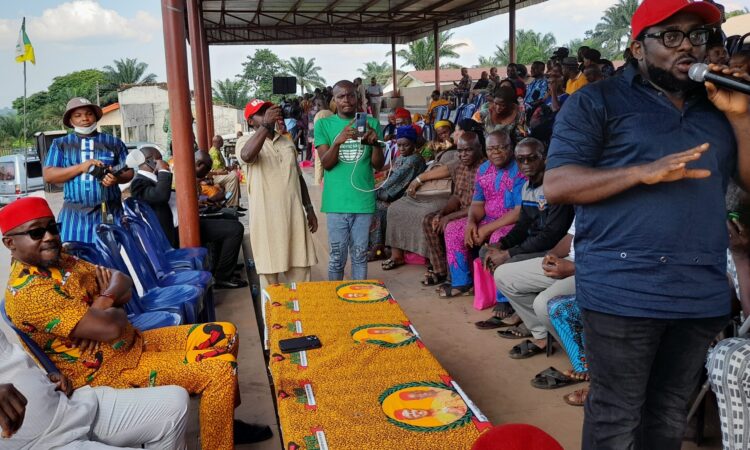 In his opening remarks, the local government chairman of APGA, Barr. Ayo Obiadi said that the man who has visited has a name and he is known to them. “The man before us has a surname. I am especially happy because he called me and said he wants to see party people and talk to them”, Barr. Obiadi said. Meanwhile, earlier, Chief Ezeude in his opening prayer noted that Anaocha is a land of purity and that what the aspirant has come to seek will be granted to him. 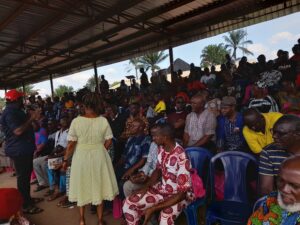 In his brief but remarkable speech, Uzuegbuna Okagbue said he asked to see Anaocha local government APGA leaders because he wants to inform them that he is running for senate to represent Anambra Central in the 10th senate. “I am running for senate and I have come to seek your support. If you support me, then, I will go. If after careful consideration of myself and my two other brothers who are also running the election, the person you support will go”. Uzu’s message signals a fundamental departure from the regular political message often delivered in rancor and bitterness against opponents, and it was well received by the people, in admiration.

Prayer requested by Uzu Okagbue for his journey to the senate, was offered by Mrs. Ngozi Obiekwe, the local government woman leader of APGA in Anaocha.