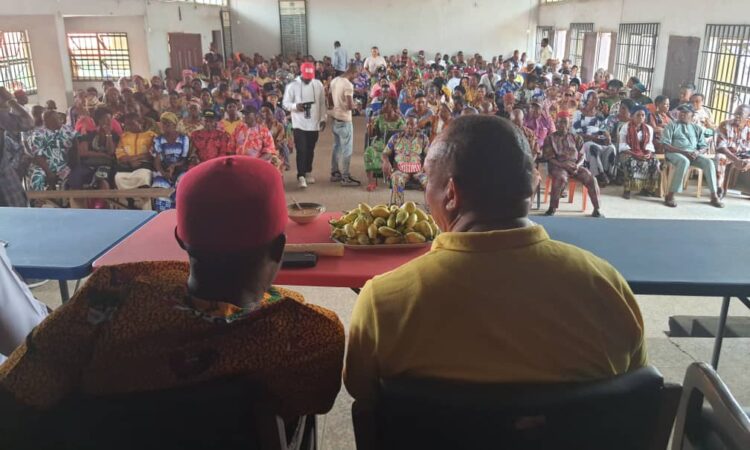 The leading APGA aspirant for Anambra Central senate in APGA, today visited Njikoka Local Government to convey his message of disruptive representation, present himself for assessment and seek the party’s support for his aspiration. 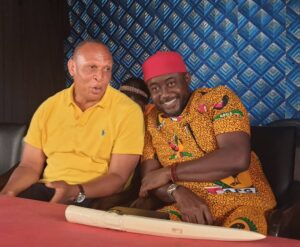 Uzu Okagbue who was received by hundreds of APGA faithful in Njikoka, also left a deep impression on the people, about himself and his aspiration to represent the people at the senate.

In his introductory remarks, the Chairman of APGA in Njikoka LGA Charles Okongwu, said that Uzuegbuna Okagbue is their brother. “This our brother here, his name is Uzuegbuna Okagbue, he is from Umunnachi in Dunukofia LGA. In Umunnachi, he is known by the Chieftaincy title Ochialili umuogbenye (fortress for the poor and downtrodden). I will call him to tell us why he has asked us to gather here”, Mr. Okongwu said.

Speaking to the crowd composed of Njikoka Local Government APGA leaders, ward leaders and APGA party members in the local government, Uzu said the three persons seeking to go to senate on APGA platform are all brothers and it is left for the party to decide who goes for them. “I asked to see all members of the Executive of our party in the local government; local government and ward, because, I want to see everybody. All of us are brothers and sisters. Three of us who are seeking to go to senate are your children. Now, it is your duty to check us all and see which of your sons has what it takes to represent you well, to your satisfaction. All of you seated here are the party in Njikoka. All of you here are the life of the party; you are APGA and APGA is you in this local government and that is why I have come to you today”, Uzu concluded. The hall filled to capacity and overflowing erupted in chants of “you will go”, after the warm and soul searching message well delivered by Uzu Okagbue.

Reacting, the party Chairman Charles Okongwu said that left for him, he will say Uzu should proceed to the senate for them. “If it is in my power, I will make him our senator straight”, he said.

The Transition Chairman of Njikoka, Hon. Edozie George Ozoh, while thanking party men and women, said Uzu has what it takes to represent Anambra Central at the senate. Although he said for him and many people in the local government, the choice of whom to vote at the primary is difficult. “I thank everybody here who came to welcome our brother. While he was talking, I was contemplating. He is my friend. Our two other brothers Dozie and Victor are also in the race. But you have heard my brother. I love his beautiful presentation. He is capable, believe me, Uzu has everything it takes and more to be Anambra Central senator. Uzu keep matching, keep moving. Our prayer is that the primary will be free and fair”, Hon. George said.