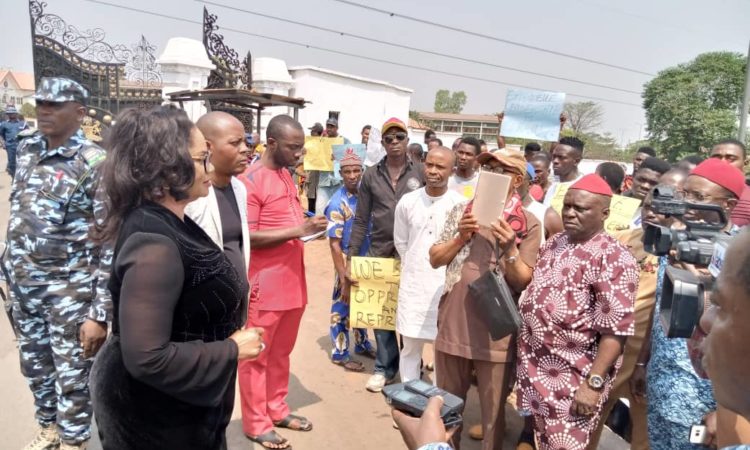 Our previous report on the coming Anambra State Association of Town Unions-ASATU, which can be read here, generated tremendous feedback. In fact, we have been furnished with some information which necessitated this follow up report, with exclusive videos and pictures.

It is shocking that Barr. Titus Akpudo, of Eziowelle, who is also one of the contenders for the office of National President of ASATU, is no longer the President General of Eziowelle community. According to Chief Anthony Chigbo who asked to be quoted, remarked that Barr. Titus is no longer their PG, as he was dully removed from office since 9th November, 2019. In his place, the community nominated Mr. Ezenwa Azie as the acting PG of Eziowelle. Chief Anthony who spoke passionately in an interview he granted the Nigeria Television Authority-NTA, during the community’s protest at the Government House Awka, which was made available to KALUZA, asked the governor to withdraw the letter of recognition given to Barr. Titus Akpudo as he has lost the confidence of Eziowelle people which led to his removal as the President General of Eziowelle.

See the protest video below: 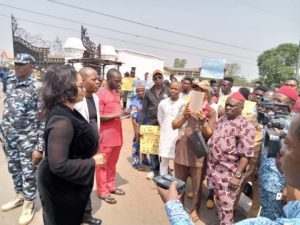 Chief Chigbo regretted that he is not certain the government has taken any action to address their stand, by withdrawing the recognition given Barr. Akpudo, as he does not represent Eziowelle anymore in any capacity. We could not confirm if the government is duly informed on the developments, even as our efforts to reach Barr. Akpudo proved abortive.

Two major questions come to mind; first, is Barr. Akpudo still supposed to be a member of ASATU considering that he no longer has the support of the people he is leading and has been removed from office? Secondly, since Barr. Titus Akpudo obviously could not manage the affairs of his own community, is it possible that he can manage the affairs of the 179 communities in Anambra State? These are some of the questions begging for answers.

A timely government intervention is urgently needed in Eziowelle, along the wishes of Eziowelle people, to ensure that the right thing is done and that the position of the people, whatever it may be, is respected.

Town Unions are veritable instruments of community based development. If Town Unions are organized to serve their original purposes, the bulk of the burden on the government and the craving for government presence, will naturally diminish and for good reasons. Town Union leadership will organize and foster progress within their communities, with or without government largesse. So it is extremely important that Town Unions gets it leadership right!