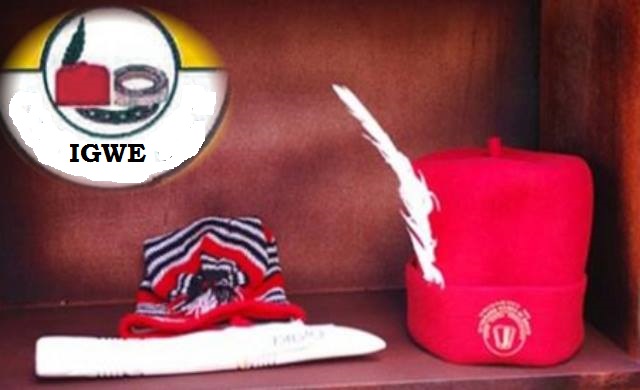 The Growing rancor over who becomes the next Igwe of Awa community; a community in Orumba North Local Government Area of Anambra state has climaxed with an emergence of an Igwe, which tends to contravene the community’s constitution as well as betrays the position of the court on the matter earlier, and in consequence, government’s refusal to accord recognition to the Igwe.

Preliminary investigation has some people alleging that Hon. Emeka Aforka, the member representing Orumba North local government in Anambra State House of Assembly is one of those who want to foist their Igwe candidate on Awa people. This allegation is not isolated as not up to a month ago, Mr. Aforka’s community came for protest at Anambra state House of  Assembly complex and accused him pointedly of imposing leaders on their town union and also declaring that the community cannot help it. As at the time of filling this report, calls and text message to Hon. Aforka who is also the Deputy Majority Leader of Anambra State House of Assembly was not responded to.

Only last week, Hon. Emeka Aforka who is also the House Committee Chairman on Public Petitions summoned the Ministry of Local Government to explain why the ministry refused to recognize the newly installed Igwe in Awa community. Reacting to the development, the Commissioner for Local Government in Anambra state, Mr. Greg Obi has said that Anambra state government has no hand in the manner Igwe emerges from any community. “The government cannot impose traditional ruler on any community. We follow the constitution of the community and we respect the wishes of the people. But you know, sometimes some people try to play politics with it”.

Speaking on Igweship stability strides of the government he said, “It was only last year that the government untangled the Igweship tussle of Umudioka community in Dunukofia local government area, which began since 2007 under the previous administration”. Going further Obi said that, “it is on record that the government of Willie Obiano has certificated more traditional rulers in the state than any other administration since inception of the state. We simplified the process. If one meets the criteria for becoming an Igwe, nothing else was done but to certify the individual”. According to the Commissioner, “One of the criteria is the constitution of the community as it concerned the emergence of the monarch. When it is clear that the person is the choice of the people, following the constitution, then you get your certificate”.

For Awa community, the Commissioner assured that the Ministry would stand by the position of the law, when briefed by the State’s Attorney-General. “The state Attorney-General and Commissioner for Justice will issue a legal opinion on the case of Awa community in Orumba North local government area because of the legal ramifications involved in the case, to enable government to proceed further”, Obi said.