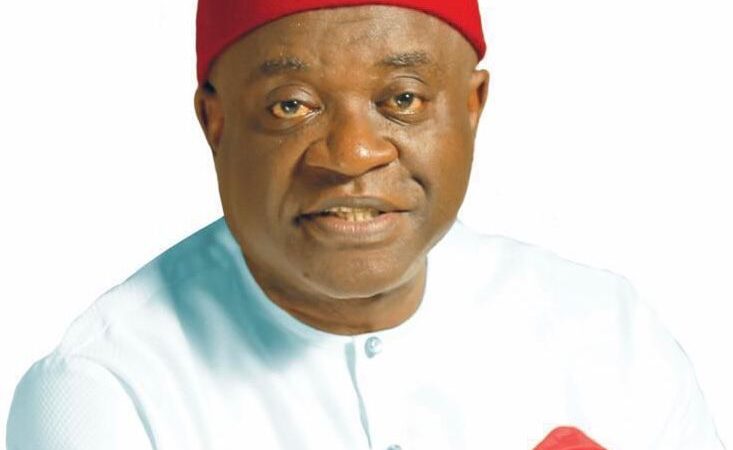 In a statement signed by Etiaba, a chartered accountant of international high repute, he regretted how the ‘distraction’ at the inauguration stole the show, and while extending his best wishes to the new governor, commended the former governor for his efforts.

As a result of today’s inauguration, Prof. Charles Chukwuma Soludo CFR also became our 5th Executive Governor since this democratic dispensation started in 1999.

Whereas the unfortunate ‘distraction’ at the event dominated the news headlines, let us all nonetheless lift a glass in honor of our new Governor who seems every bit determined to move our State from where we presently are, to where we should be as the ‘Light of the Nation’.

I join all well meaning men and women of goodwill in praying for him and his incoming team, for a successful tenure, while thanking the outgone Governor Obiano for giving that role that destiny thrust upon him eight years ago, his best shot”, Chief Ben Etiaba concluded.