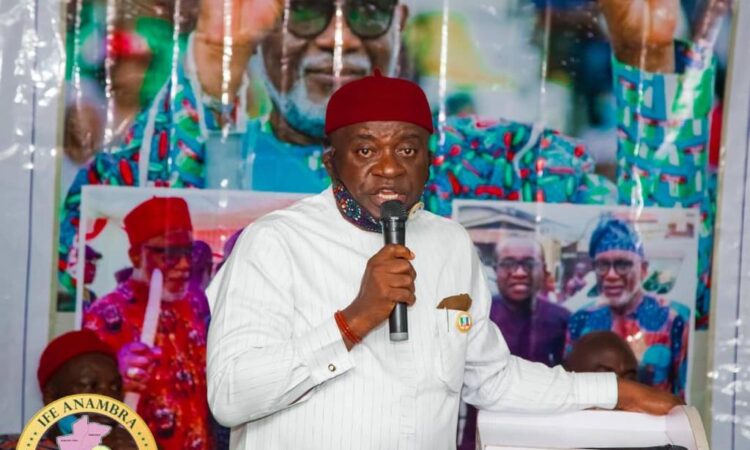 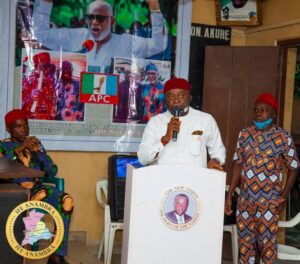 In a meeting at the Igbo Hall built in the year 1957 in Akure the capital of Ondo state where Anambra people gathered, Chief Etiaba rolled out the unrivalled achievements of governor Akeredolu. Earlier, he had been in a meeting with the governor, at the governor’s lodge in Akure, where the governor intimated him of efforts towards the ongoing building of a new Igbo Hall in Ondo state, which he is championing. 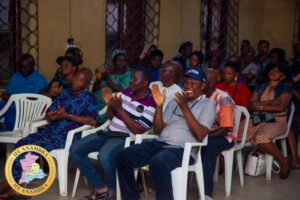 Anambra people at the event

Mr. Etiaba’s message for the support of Akeredolu, was well received by Anambra people in Ondo, as most of them commended the performance of the incumbent governor and pledged their support for his re-election on Saturday October 10, 2020. 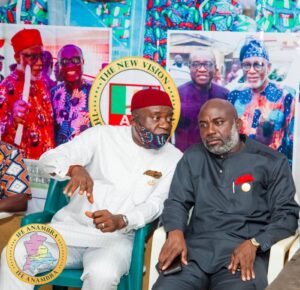 The Ondo state governorship election which comes up only in a few days time, is keenly contested between the incumbent governor Rotimi Akeredolu of the All Progressive Congress- APC, and Eyotayo Jegede of the People’s Democratic Party- PDP. Over the past few months, there have been so many fallouts and even Mimiko the former governor of the state also has reportedly refused to support the incumbent governor’s re-election bid. 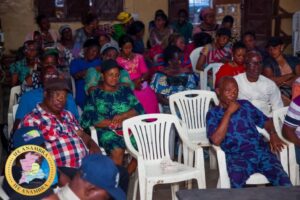 The people listening with rapped attention

It is expected that Chief Ben Etiaba’s efforts will pay off on the election day in terms of translating to votes for Governor Rotimi Akeredolu.