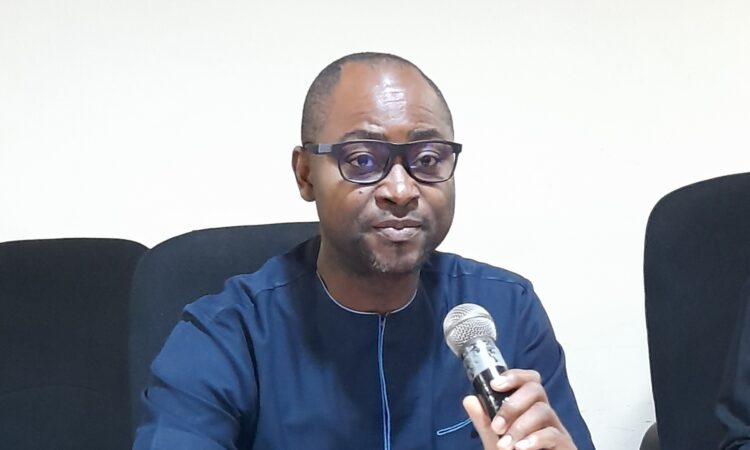 The INEC Resident Electoral Commissioner –REC in Anambra State, Dr. Nkwachukwu Orji, has called for public collaboration, while reacting to sundry allegations of misconduct against staff of INEC in parts of Anambra state in the ongoing continuous voters registration exercise. There has been increased allegation of attempts by officials of INEC, to sabotage efforts of prospective voters scampering to register for their Permanent Voters Card – PVCs. In Nnewi North LGA, there was an allegation that INEC staff collects money before they register applicants seeking to be issued with their PVCs.

Dr. Orji who observed that the continuous voters register has been on since June 26 2021, said that part of the difficulty facing the commission now is managing the upsurge of new applicants across all the local governments, amidst security concerns and other challenges.

According to the Anambra INEC REC, out of the four local governments, the Commission is working hard to ensure that at least by next week, following reports of improved security, the Idemili North INEC office will resume operation. He also hinted that there are some arrangements to see if a centre can be set up in Ogbaru. “When achieved, it will ease the pressure on the exiting centres that are presently having an upsurge”, the REC said. He also narrated that an additional three registration centres has alraedy been created in INEC head office Awka, to help fast track the process.

As part of the solution to the challenges and difficulties experienced by people in getting registered for the PVC, Dr. Nkwachukwu said that, “the Commission is addressing these challenges through measures such as creation of additional registration centres in the state and LGA offices”.  He then reminded members of the public that they are not required to make any payment before they are registered. “The public is reminded that the registration is free of charge and the Commission is ready to work with the public to fish out any staff of the Commission engaged in extortion or any other form of misconduct”. Other solutions devised by the Commission so far include extension of official registration hours from 9am to 5pm, instead of from 9am to 3pm. The Commission is also in talks with head office for other assistance, Dr. Nkwachukwu assured.

Meanwhile, the REC informed journalists during the brief that the INEC staff members on duty in Nnewi when the complaint of extortion was received have been replaced with new set of staff, for the sake of public confidence. He further asked the public to work with INEC to serve them better, by reporting any issue of concern in any part of Anambra state to the following WhatsApp line: 07043528329

While observing that “INEC is determined to do their job well”, Dr. Orji  noted that “about 500 staff members of INEC in Anambra state are human beings who are living under the societal architecture of the state which then naturally calls for collaboration so that the Commission can serve the public better”, the REC said.