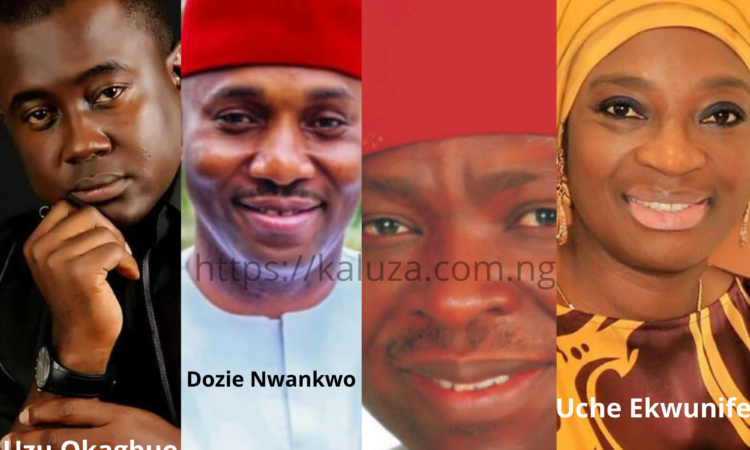 In Nigeria today, zoning, rotation or power sharing variously interpreted as equity in the polity, is one of the most debated and topical issues on the country’s political space. Mostly on national political concerns, the question of power rotation generates tremendous sharp exchanges in the affirmative that power sharing is essential for progress, stability and patriotism. The irony however, is that many times, those propagating or advocating power sharing on a national scale, do not advocate for the same at other levels.

In Anambra Central, Dunukofia apparently suffers from the same political segregation which certain groups allegedly suffer in Nigeria. Of the four political blocs in Anambra Central, only Dunukofia has not yet represented the zone in the Red Chambers. A look at the history of Anambra Central senatorial representation since 1999 reveals as follows: Awka bloc has represented Anambra Central in the senate through Sen. Ben Obi. Idemili bloc has equally represented the district for three terms in the persons of; Sen. Mike Ajaegbo, Sen. Annie Okonkwo and Sen. Chris Ngige, who is currently the Minister for Labour. Njikoka bloc has taken turns to represent Anambra Central with Sen. Ikechukwu Abana. The Anaocha political bloc has, like the others above, been to the senate two terms, with Sen. Victor Umeh and currently, Anambra Central Senator, Sen. Uche Ekwunife is from Anaocha. But Dunukofia has not represented Anambra Central in the senate, even for just one day. Yet, amidst such open disconnect wherein Dunukofia remains the only bloc in Anambra Central senatorial zone that is yet to produce a senator for the district, many people find it convenient to instead focus on a clamour for national political space to be given to alienated group(s); a classic case of investing so much to solve a problem that is farther from one’s abode, meanwhile comfortably ignoring the same problem at one’s backyard.

Political Parties, especially APGA, may wish to put into proper consideration some of these facts in deciding who flies the party’s flag, for Anambra Central senate. In this particular instance, Uzuegbuna Okagbue the leading APGA aspirant for Anambra Central is from the Dunukofia political bloc. Certainly, power sharing is not anti-quality representation. Power sharing does not in any way imaginable compromises or negates quality governance. Hence, Uzuegbuna should not only be considered because he is from Dunukofia, but also because he is a capable, committed and diligent party man, whose competence has been variously attested to, by revered entities across Anambra state and beyond. Uzuegbuna Okagbue has every single thing it may take to give Anambra Central a never-before-seen quality representation at the Red Chambers.

Therefore, by going to Dunukofia, APGA would not be sacrificing quality for rotation because in Uzuegbuna Okagbue, both power sharing and quality are in perfect union. Going to Dunukofia serves both equity and excellent quality representation. In addition, going to Dunukofia will mobilize incredible and insurmountable amounts of support and goodwill that naturally flows when justice is done. All of these will ensure APGA’s victory at the polls in 2023.