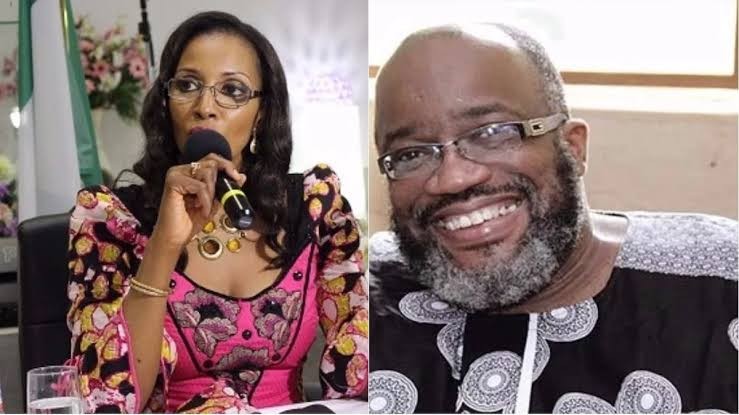 ​EXCLUSIVE: Bianca Does not Speak for Us- Emeka Ojukwu Roars

Reported by Ebuka Onyekwelu, for Kaluza

As the posthumous birthday and memorial lecture of Dim Chukwuemeka Odumegwu-Ojukwu which held yesterday at Chukwuemeka Odumegwu Ojukwu University continues to generate responses, we have reached out to Dim Ojukwu’s first son; Emeka Ojukwu Jnr and a few members of Ojukwu’s kindred and the illustrious nwakanwa family of Obiuno, Umudim Nnewi.

Hon. Amala Anazodo, a member of the Nwakanwa family and one of Dim Odumegwu-Ojukwu’s kindred, had said the family was not informed of the event and wondered why any member of their family would be interested in going to such an event where they were not invited. “Look”, he said,”there are known process and procedure. For me and many of us, it is simple; we were not involved or duly informed. The honourable thing to do is stay away”.

Responding to our interview questions, Emeka Ojukwu, Eze Igbo’s first son noted that he is the first son of Ikemba, which follows that in accordance with the practices of our people, he is the head of the family after his father’s demise. However, he noted that he was not informed of the posthumous birthday and the memorial lecture and that was why he didn’t go.

1. Are you Sir, aware of yesterday’s posthumous birthday and memorial lecture event in honour of Ikemba, at Chukwuemeka Odumegwu – Ojukwu University? So why were you not there?

My absence from the event is to be expected because, there were no formal notification or invitation of the said event to the family of late  Odumegwu – Ojukwu .

2. Can you tell us if there is any reason why no Eze Igbo brother or kindred was present at the event, except Amb. Bianca?

Like I said earlier, the family of Late Eze Igbo which I am the first son wasn’t officially notified or invited to the event. The presence of Bianca at the event is her personal engagement which has nothing to do with Odumegwu – Ojukwu family or kindred.
3. Does Amb. Bianca speak for the Ojukwu family? Did she speak for the Ikemba’s family when she said Governor Obiano is an ingrate?

Response:
No, She doesn’t speak for the family, as a matter of fact, I remain the first son of late Eze Igbo and her opinion or submissions in any issue of concern is her private dealing and has no attachment to the family collectively.
Concerning her remarks about the governor of Anambra state, I think it is important I clear the air and state that the Odumegwu – Ojukwu family has no issue with the person of Obiano or the government of Anambra state. The governor as a matter of fact has been making numerous positive inputs to Odumegwu – Ojukwu family.
Amb Bianca’s comment is born out of disappointment since her last political outing in which she felt the governor would have favoured her ambition even more than he did. Nevertheless, her remark has no root from the family and as the first son of Odumegwu – Ojukwu family, I am bold to say that we are completely not with her as regards such comments.