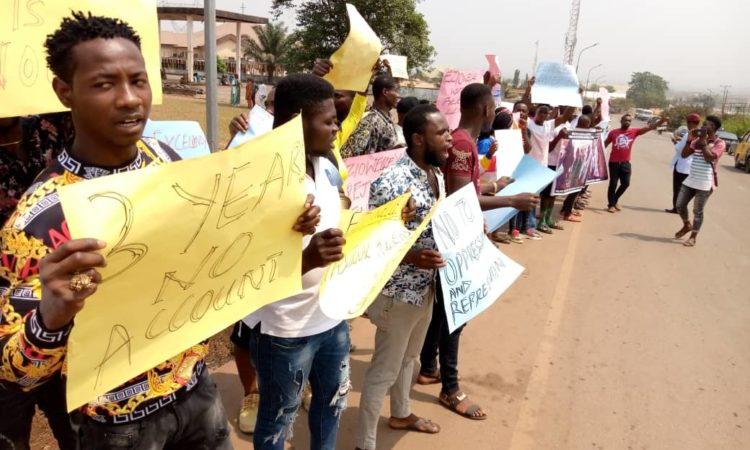 More people from Eziowelle Community have reached us after our last report which was based on the reports we got from the first report. This time, Eziowelle Improvement Union in various parts of Nigeria; namely; Onitsha, Lagos, Kano and Abuja, among others, have confirmed to us that in truth, Barr. Titus Akpudo has ceased from being the town’s President General following his impeachment, which was carried out in accordance with the Town Union’s constitution. They affirmed that Mr. Akpudo was impeached on November 9, 2019 for his inability and incapacity to lead the Town Union and for his personal impairment that drags the whole town to disrepute.

In fact, in a letter addressed to the National President of Anambra State Association of Town Unions-ASATU dated 5th March, 2020 and of which was received on the 6th March 2020, Eziowelle Improvement Union branches in Nigeria, jointly wrote to inform the President that Barr. Akpudo was no longer their President General. The letter which was made available to us by the community, reads “…we write to inform your executive through you, that Mr. Titus N. Akpudo is not the President General of Eziowelle Town, having ceased to be so since 9th November 2019”. Although Eziowelle Community insists they have sent a letter to the National President of ASATU before now and wondered why he did not act on the letter which prompted the latest letter. 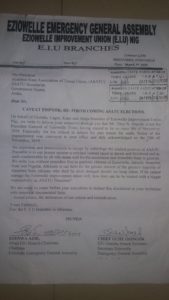 The community further emphasizes that Titus Akpudo’s refusal to tender proper account of his stewardship in his first tenure as PG, among other several shortcomings, necessitated his well deserved impeachment.

Addressing the National President of ASATU, Eziowelle community observed that Mr. Akpudo’s “aspiration and determination to occupy by subterfuge the exalted position of ASATU President is in our honest opinion, a criminal venture, laced in deceit and falsehood and as such condemnable”…. A member of the community who spoke to us over the phone, wondered why Mr. Titus Akpudo will continue to parade himself as Eziowelle PG and if it is his birthright to rule the community or if he must rule them at all cost, even as they don’t want him anymore.

Again, when we called Barr. Titus Akpudo for his response, he declined speaking to our correspondent. We also contacted Ozo Nkala Iyke, the PG of Umuawaulu who is also contesting for ASATU National President. He politely declined from making any comment on Titus Akpudo’s rejection by his own community, however, Nkala noted that “leadership is responsibility and at the moment, I am occupied with my campaigns but I will be willing to discuss my plans and my score card with you, if we both workout a good time”.