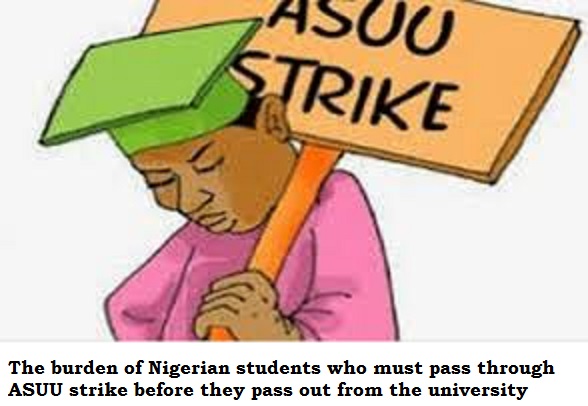 Note by Kaluza: The Academic Staff Union of University- ASUU has been on strike for about eight months now over disagreement with the Federal Government of Nigeria on issues ranging from work environment to standard of education obtainable in Nigerian universities, among other vexatious issues, which has continued to be treated by the FG with kids glove, thereby forcing the ASUU into yet again, another industrial action. Here, Prof. G. O. Ozumba, Professor of Political Philosophy at the University of Calabar, takes a deep look at the ongoing strike action in this piece, exclusively obtained by Kaluza.

FG vs ASUU: What a Double Unfairness, by Prof. G. O. Ozumba

This article has become necessary because of the deadlock that appears to have become the case in the ASUU/FG imbroglio. This has elicited a number of questions from my heart namely; is it a crime to enter into agreements? Is it fair that the party that reneged on an agreement should punish the party that has not defaulted in an agreement? Is it proper to use State power to muscle the Ox that threads out the golden corn simply because the Ox dared to ask for what is its due? Is it just to beat a child and at the same time insist that the child should not cry? The above questions seem to capture the plight of University Lecturers who without any prejudice to any bad faith entered into agreement with the Federal Government 11 years ago and today are being punished punitively for daring to ask that the agreement be implemented after eleven years of foot dragging, grace and forbearance? It beats my imagination why humans should revel in treating their fellow humans with inhumanity. It is now over seven months the salaries of academics have been stopped for having the audacity to ask for a duly signed agreement to be implemented. It is akin to a debtor beating up a creditor for having the effrontery to request that the money he borrowed to the said debtor be refunded. The NO WORK NO PAY is a good policy if the worker is not justified in withdrawing his service. But in the present scenario the lecturers are not the offenders/instigators of the impasse rather ASUU is merely trying to compel the Federal Government to honor the agreement it willingly entered into with it. The consequence is that double unfairness is visited on the Lecturers, their children, wives, aged parents, other dependents and students who for no fault of theirs have also been caught in this cross fire. This senseless hardness of heart is resulting in multilayered injustice and unfairness which will be very difficult to redress. Nations suffer ultimately because of the quantum of injustice generated in the polity. I therefore use this medium to plead with the Federal Government to allow justice to reign. 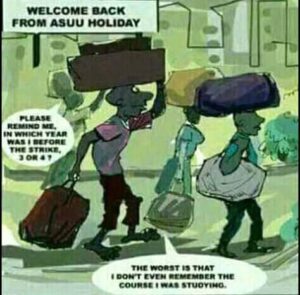 If our university is transformed by acceding to the requests of ASUU, it would have only fulfilled its mandate in line with the transformation, change and next level agenda of the Federal Government. Providing infrastructure is quite capital intensive and this is why ASUU has allowed eleven long years to enable the Government to prepare adequately for it. It is also good to mention that if the Government closes its eyes to fulfill this obligation, it will be on record that it was during this administration that education received a new lease of life. This will also boost the electoral fortunes of the ruling party and will make the President’s bid to have his name etched in gold for posterity a reality. May godly reason guide our leaders in decisively and urgently tackling this hurricane that is at the verge of sweeping away all the gains of our nascent democracy.