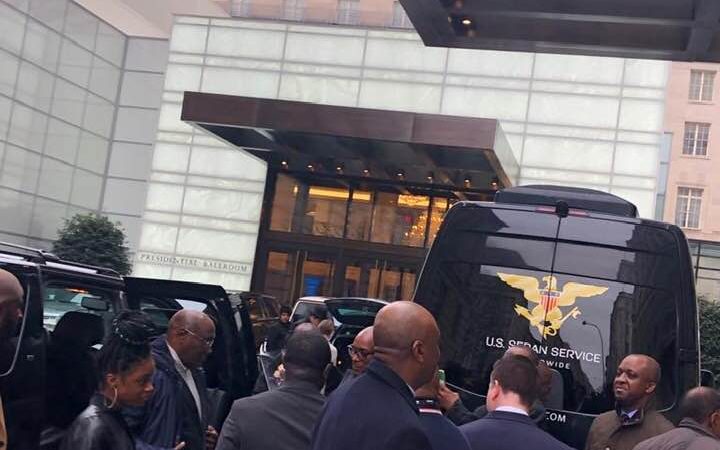 The former Nigerian Vice President and candidate of Peoples’ Democratic Party- PDP, for the 2019 Presidential election; Alhaji Atiku Abubakar, today arrived the United States of America. At first, the news of his travel to the United States, was dismissed as a rumor and was particularly denied by his media aide who refused to confirm that his boss has traveled to the United States, an action he later apologized for, and said it was due to strategic reasons. 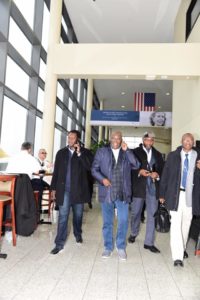 Recall that the All Progressives Congress-APC, has maintained that the PDP Presidential candidate cannot travel to the US owing to allegations bordering on corruption, which involved the former Vice President. It is therefore exciting for especially supporters of PDP that the presidential hopeful, has arrived the US thereby putting an end to the allegations of corruption against Atiku, on which basis it is alleged he cannot travel to the US. 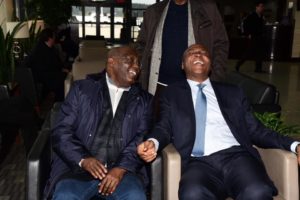 According to a tweet by Alhaji Atiku Abubakar, he arrived Washington DC in the later hours of today; Nigerian time and will be meeting with officials of the US government, Nigerian community in Washington and the business community. 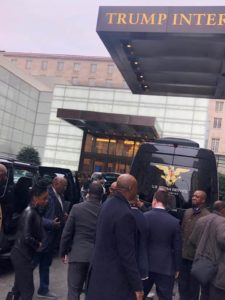 Atiku Abubakar is traveling to the US over 10 years since the last time, he traveled to the country.

Few hours after arriving the US, the PDP Presidential hopeful is already having a meeting with his team, at the US Congress. 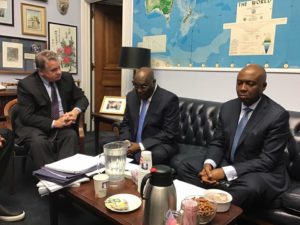 Atiku attending his first meeting in the US 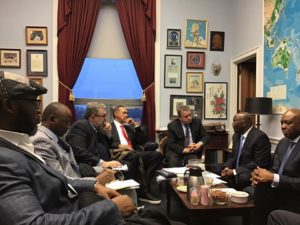 Atiku and his team in their first meeting