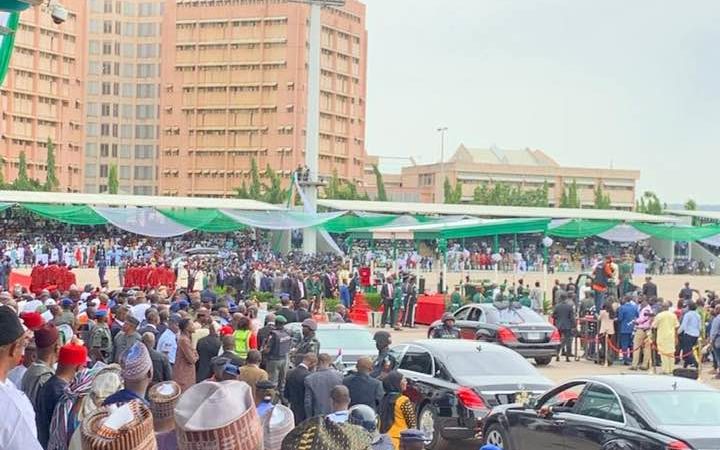 Today, the second term of President Muhammadu Buhari, commenced with the formality of taking the oath of office  of President of Nigeria. Nigeria for 20 years now, has remained a democracy witnessing smooth transition of  political power from one regime to another. Over this 20 years landmark in democratization efforts, today’s oath taking/inauguration stood entirely aloof against the backdrop of previous transitions. 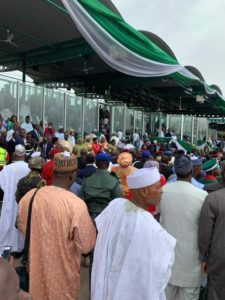 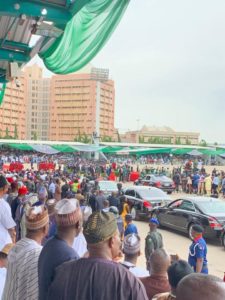 President Buhari did not give any speech. Today’s inauguration witnessed yet another first. As a part of inaugural activities, the post inaugural presidential speech is one of the most important aspect of the day’s activity. Since 1999, every presidential inauguration is graced with presidential speech after oath taking. This is the standard practice all over the world. The president takes time to address the citizens, party faithful, supporters and well wishers, while also thanking them for their support, also assure them of the plans to make their lives better through the programmes and policies of the government. This year, President Buhari did not address Nigerians after taking oath of office. The president did not say anything. No appreciation. No assurance. No promise. No speech at all. This is the very first time a Nigerian President will simply walk away after inauguration without a speech. 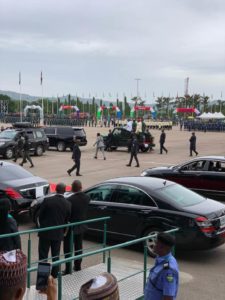 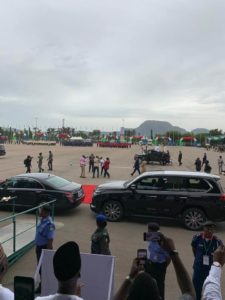 The National Chairman of APC; Adams Oshiomole, assumed the position of Deputy Chief Justice of the Federation. He violated protocol in full view of the public and stood just before the Chief Judge. Despite looking odd and totally out of place, the APC National Chairman remained standing there till he was asked to leave the place to where he ought to stay, all before camera. What an embarrassment!