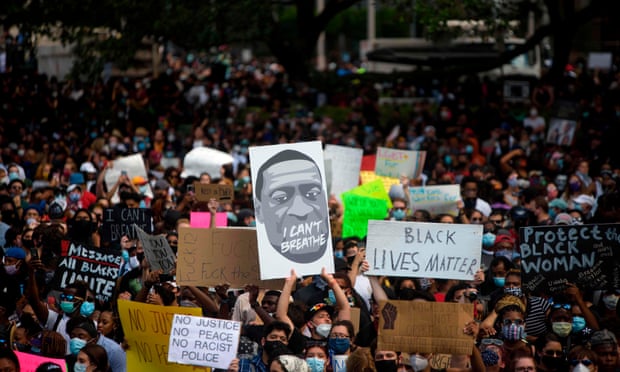 George Floyd: How Much More Civilization Does Humanity Require?

The murder of Floyd and ongoing violent protest and riot in several US cities have raised some fundamental questions on race relations and the disgustful treatment meted to Black people at the epicenter of human advancement in the world. The US as the melting pot of the entire world, is one of the countries some development experts describes as cosmopolitan because it has attained the highest level of civilization ever known to mankind and the highest that is possible to attain. In fact, US also lead in most facets of new advancements and progress of humanity in general. So it is without doubt, the finest known template to measure how best human beings have come in subduing their environment, meeting their needs and moving forward. Of course, Black people are originally not of the US but for slavery, in which European giants of the old world; Spain, France, Britain, Belgium and Portugal, mainly took slaves from Africa for business purposes into what they called ‘the new world’, in what is known as trans-Atlantic slave trade. 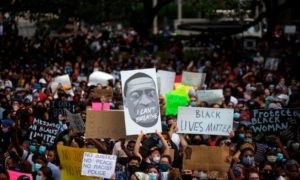 Over the years, the world has moved on, raising the bar on moral, ethical and general conducts of states and individuals; recognizing the rights of all men and women irrespective of ethnic or racial origins. The US for obvious historical reasons have evolved through these years of reforms as the best hope or may be the standard-bearer for all mankind especially in terms of human rights and equality of citizens irrespective of economic conditions and racial background. Accordingly, hundreds of years after the abolition of slavery and decades after the civil rights movements received justice for their cause; after years of setting the world on an exceptional journey of modern advancements; years of disruptive expansion in all façade of human existence, US White Police is choking to death, an innocent Black man, whom they have already handcuffed and put to the ground. That is plain willful murder. Make no mistakes about it; what happened in Minneapolis that triggered ongoing violent protest, burning public properties acquired with tax payers’ money and looting is not just another tale of some shameful racist police murder of a Black man for no just or even unjust cause; instead, what it is but a test of human civilization on the best of mankind. 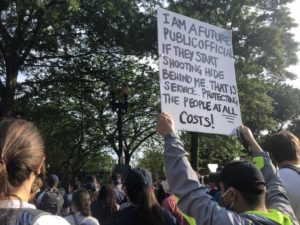 Protest image in the US. Marrissa Lang

Frankly, an honest and critical assessment of the murder will show complex results because Derek’s mind was not read just before the act and one cannot say with evidenced certitude that his action was prompted by his hate for Black people. This becomes even more difficult if there are no collaborating records of his racist behavior or comments against Black people. So far, the specific issue at play has not been diagnosed. It is therefore safe to say that people are simply reacting to history, at best remnants of the past and this is to say that the inglorious events of the past years may always set the pace of assessment of what constitutes racism in the minds of people, with or without evidence, real or imagined. Those reacting on this basis may be right or wrong, but most likely not addressing the specific problematic of the case. Derek may just be another wicked, senseless and irrational soul out there, not just a racist. We all know that not all White on Black wrong is racist, still we cannot help it. And all these are happening in the most advanced civilization known to humanity. 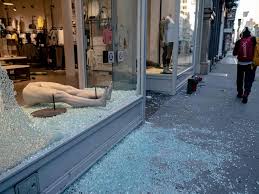 Looting in the US during protest. Herald

Although in Africa the home of the Black man, Black lives don’t matter as such. Black police officers and other uniform men kill their own kind for any and no reason at all. In Nigeria, if people are to choose between police and robbers, many may likely choose to be robbed; at least in hope that they will be left alive. Some people honestly do not see the difference between police and robbers and this is just putting it fairly. There is hardly any passing week without police extrajudicial killing report showing up in our faces. Last week, an alleged drunk police officer killed a sixteen years old girl in Lagos. The brutalization and reckless execution of innocent people is mainstreamed. All manner of dispossession of personal belongings happen daily in Nigeria. Police mount illegal roadblock for the sole purpose of extorting money from people, most of whom are poor or semi-poor commercial bus drivers struggling to make a living. Similar thing happen many other African countries. Even in his own land, the Black man is rejected and subjugated. That Black man is killed at home and abroad is not new. The tragic part is that he appears to have no place in the world, at least no home. Otherwise, African-Americans can stage a walkout on the US and move to Africa, if Africa was doing half as well. And so even what may look like an alternative is a more dangerous option. Unfortunately, Africa as a whole is not the standard of any modern evaluation and so it is as if they are in a jungle and at every turn, there is a constant reminder that might is right. But the US is the hope of all mankind for a peaceful, humane world and one that offers the optimism of attaining the highest level of growth and advancement that is possible for human beings. If some Americans are afraid of their lives on the account of their racial origin, then, perhaps, human beings have advanced their society but have not advanced themselves. The implication is that all the recognitions and claims of human advancement is mere nothingness. Well, if the best of humanity is US and that is the same country where innocent citizens can be killed by those empowered to protect them, then we are probably living in a packaged 17th century, with modern gadgets and environment. 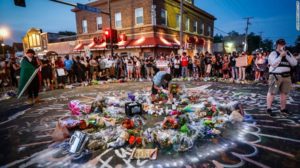 As much perplexing to the willful murder of George Floyd by Officer Derek Chauvin, is the ongoing riots, violent protest and looting in different parts of the US. It seemed people of all races took advantage of the unfortunate sad event to make criminal gain off fellow human beings. What exactly is the point of looting shops while protesting the racist murder of Floyd by Chauvin? Why are protesters breaking shops and trooping in to steal stuff? Here is the thing; Derek killed George so that Americans can loot shops. That seem to be the exact message being passed to the rest of the world, who watch in amazement because we had all assumed that considering the level of development US has attained; such barbaric acts have been trashed in the dustbin of history, but that is far from the reality at play. To be very sure, those breaking shops and stealing stuff deliberately have their faces covered or masked. They, by that, demonstrate that their action cannot be mistaken or excused; it is very clear and they know just what they are doing. In perspective, what is happening is that human beings in the most civilized country in the world are taking unreasonable advantage of the depressing murder of a fellow country man, by a police officer, to destroy public property some of their taxes helped to build, steal and loot the shops of fellow innocent citizens who probably are as against the murder of George Floyd, as they are. On one hand, we have a racist police officer who murdered an innocent man presumably on the account of his being Black. On the other hand, we have an army of criminals who parade as innocent and responsible citizens in normal times, breaking and looting shops under the pretext of protest. This leaves one struggling to see how the US is essentially better than most underdeveloped countries. Aside the beautiful environment and more efficient system in the US, it appears the quality and spiritual dept (state of self awareness) of American citizens are probably as shallow as those of citizens of underdeveloped poor countries. 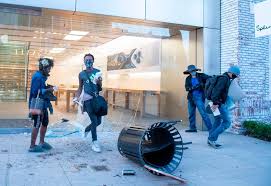 In any case, the murder of Floyd and the violence and looting that followed are conceivably pointers to the irredeemability of mankind; perhaps, human beings by their nature cannot do better. Those destroying public properties and looting shops owned by fellow innocent citizens are not morally, ethically or in any way higher or better than racists. At best, both acts can be differentiated in terms of number of participants; one is terror by a few white police officers and the other is terror by many people of diverse race. Maybe, Derek just murdered Floyd for other reasons not connected to racism, may be because he hates Black people. At the end, Floyd’s murder by a white American police has revealed so much about humanity’s claims to civilization and development. 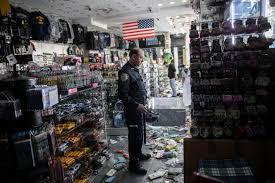