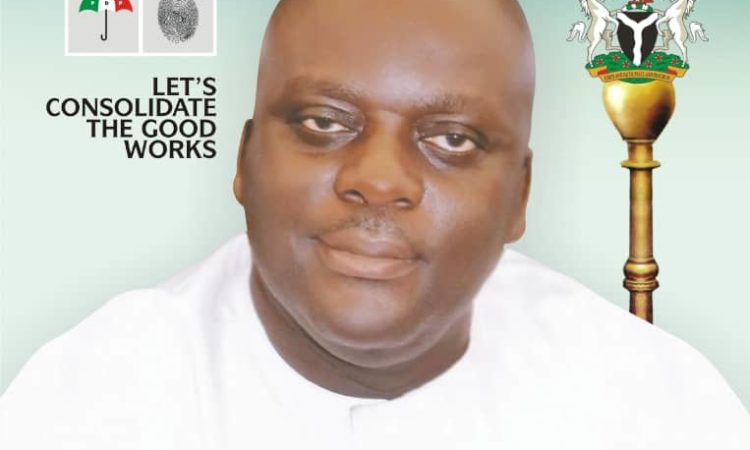 Hon Somto Udeze, the Member representing Ogbaru 11 Constituecy, in Anambra State House of Assembly, has published a compendium of his legislative activities, between 2015 and 2019. The well documented activities of the lawmaker, which at best is iconoclastic, at a later end, comprised an appeal to his constituents by the lawmaker, who is the PDP candidate of Ogabru 11 Constituency, for support for a second term, in the March 2, 2019 General Election.
My Journey so far as a Member of Anambra State House of Assembly between June 2015 and  January 2019.
The race is not to the swift, nor the battle to the strong, neither yet bread to the wise, nor yet riches to men of understanding, nor yet favour to men of skill; but time and chance happeneth to them all (Ecclesiastes 9: 11).
Since it pleases God that I, Hon. Sir Somtochukwu Nkemakonam Udeze at this time in the history of Ogbaru, is representing the good people of Ogbaru II Constituency in Anambra State House of Assembly, I have tasked myself to relentlessly contribute my own quota in making Ogbaru a paradise for all of us. King Solomon the wisest man ever lived on this planet earth said in the book of Ecclesiastes 9: 10 and I quote; whatever a man does, he should do it well; for when one goes to the grave, there will be no work or planning or knowledge or wisdom.
I have meticulously left no stone unturned in my concerted efforts to bringing various kinds of developments (both infrastructure and human capacity building) to every nook and cranny of Ogbaru.
As it is widely said, until the lions have their own historians, the hunter will always take glory when stories of the hunt are being told. Thus, this humble attempt of mine, is to present to you, my efforts towards making Ogbaru a better place within three years and seven months, in office as a legislator and member of the 6th Anambra State House of Assembly. First of all, I will not fail to express my heart-felt gratitude and appreciation to God Almighty and to all Ogbaru Sons and Daughters who supported me through thick and thin of my journey to the Anambra State House of Assembly in 2015 and numerous others who joined forces with me thereafter. May the Almighty God bless and reward you all handsomely.
For clarity purposes, I would like to take you on this journey step by step starting from my primary duty as a legislator, to others.
HON. SIR SOMTOCHUKWU NKEM UDEZE FULFILLING HIS CAMPAIGN PROMISES TO NDI OGBAHU
LEGISLATIVE DUTY
Upon resumption as a member of the House, I was made the Chairman House Committee on Agriculture, the position that I still hold today in Anambra State House of Assembly. In addition, I also serve in the following committees in the House;
a. House Committee on Trade and Commerce;
b. House Committee on Internally Generated Revenue;
c. House Committee on Women Affairs;
d. House Committee on Security and Community Affairs;
e. House Committee on Lands;
f. House Committee on Science and Technology, among other sensitive Committees in Anambra State House of Assembly. 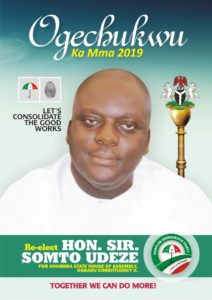 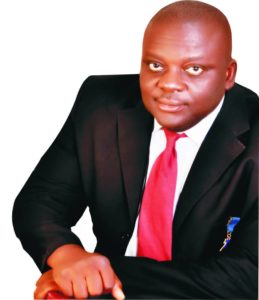 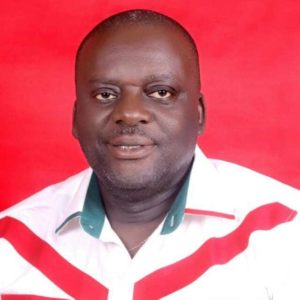 MINISTRY OF AGRICULTURE – PROJECTS (OGBARU)
S/N
PROJECT
BENEFITTNGGROUPS/
COMMUNITY
LGA
STATUS
1.
REHABILITATION OF RICEPROJECT
ODEKPE
OGBARU
READY TO COMMENCE
ATASP I PROJECTS – (OGBARU)
S/N
PROJECTS
BENEFITTNGGROUPS/
COMMUNITY
LGA
STATUS
1
1 NO. PRIMARY SCHOOL
OGBAKUBA
OGBARU
READY TO COMMENCE
FADAMA – PROJECTS (OGBARU)
S/N
PROJECT
BENEFITTNGGROUPS/
COMMUNITY
LGA
STATUS
1
10.2KMUMUZU/OGBAKUBA FARM ROAD
UMUZU
OGBARU
NEAR COMPLETION
2
IRRIGATION
(CENTRE PIVOTSYSTEM)
UMUZU
OGBARU
NEAR COMPLETION
3
AGGREGATION CENTRE
ATANI
OGBARU
NEAR COMPLETION
4
INPUT DISBURSEMENT
ALL COMMUNITIES(1000 FARMERS)
OGBARU
ON-GOING
5
5 NO. RICE MILLS
ATANI,OGBAKUBA
OGBARU
ON-GOING
6
1NO. DESTONER (RICE)
ODEKPE,OGBAKUBA
OGBARU
ON-GOING
7
1 NO. TRI-CYCLE
ODEKPE
OGBARU
INSTALLED/
COMPLETED
8
1NO. COMBINEDHARVESTER
ODEKPE
OGBARU
INSTALLED/
COMPLETED
9
1 NO. THRESHER
ATANI
OGBARU
INSTALLED/ COMPLETED
10
PRODUCTION ASSETS(THRESHER PUMPINGMACHINES, SAFETYEQUIPMENT, WHEELBARROW, NAPSAKSPRAYER)
YOUTH FARMERS
OGBARU
INSTALLED/
COMPLETED
EMPLOYMENT
I fought tooth and nail, and shall continue to fight to ensure that what is due an Ogbaru man is not denied him or taken by another, as was the case in the past. Thus, I have seized whatever opportunity available to secure employment opportunities for Umu Ogbahu. Those that have benefitted from this my unrelented fight include:
• Ogbuedi Chinaza (Ochuche Umuodu)
• Achike Chukwuma (Atani)
• Obunezie Chukwudi (Umunankwo)
• Ukor Ejike (Imo State, resides in Ogbakuba)
• Uyanne Joan (Atani)
• Nwachi Ifeoma Stella (Okija, resides in Atani)
• Dr Ossai Nneka (Atani)*
• Azaka Ifeyinwa (Atani)*
The beneficiaries marked asterisk (*) above, turned the job down for reasons best known to them, even after their appointment letter has been drafted.
CONCLUSION
I have actually ploughed in a lot of efforts in making Ogbaru a better place within the powers of my office, with utmost dedication and prudence. Although the report here presented gives a good insight into our activities so far, however, I might have skipped some in the course of this write-up. WI have done all I did because of my strong belief that the trees we plant today will provide shelter for our children, tomorrow. I believe in a better and greater Ogbaru. I believe also in our children, with brighter future and in the spirit of brotherhood that makes us Ndi Ogbahu. I am where I am today because of the support I got from all of you (the peace-loving Ogbaru people).
As you all know, I am the candidate of the PDP and seeking for re-election. I humbly apeal for your continued support  and prayer, for together we can make our land a better place.
Thank you
Hon. Sir Somtochukwu Udeze
(Ugochukwu)