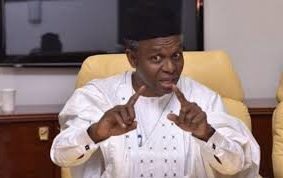 The Governor of Kaduna state; Nasir El Rufai, has said that he has no regrets over his comments on how to end Godfatherism in Lagos state. Ealier, Governor El Rufai had said that Lagos can put Godfatherism in the past, while addressing a forum organized by Bridge Club in Lagos. The Kaduna state governor made it clear in no uncertain language that “godfather can be defeated” in Lagos. Ever since last weekend, the statement has continued to generate diverse interpretations, with Bola Tinubu, the APC National Leader being at the epicenter of the discussion considering his stronghold on the politics of Lagos and long standing influence in determining who becomes who in Lagos, especially under his political party. An influence that was once again put to test during the struggle by Governor Ambode to return for a second term in office, which was rejected and frustrated by Tinubu leading to the emergence of his own preferred candidate Sanwolu who went on to become the Governor -elect of Lagos state. 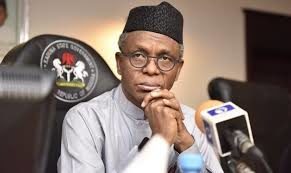 Therefore, El Rufai’s message was clearly directed at Tinubu, though without mention, but it is obvious. Yesterday after Governor El-Rufai’s meeting with President Buhari at the State House, the Governor while addressing the press maintained that he has no regrets whatsoever to declare that godfather can be defeated in Lagos right in Lagos. He also went on to note that he owe’s no one no apology based on his comment as he was simply stating the obvious and merely offered a tested and proven model of defeating godfatherism, a model which he said has worked for his own state of Kaduna and of which he believes will also work in Lagos state.