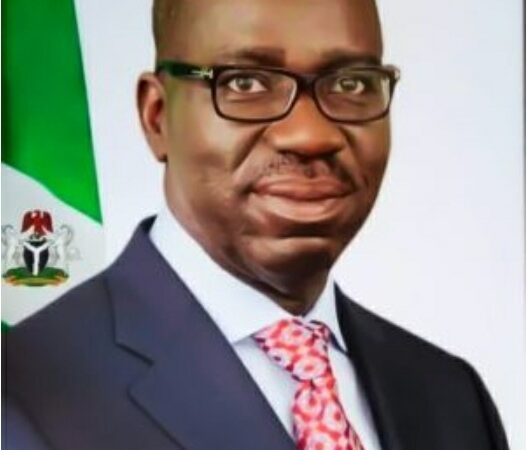 Politics is a craft and to mount the control of state power, one has to master profitable political moves that will earn him or her, the desired price. Not minding that many people may wish to differ, however, the fact remains that most times, politicians do not win election because they are the best for the job or because they have worked hard the most in delivering good governance to the people. Instead, even in a free and fair political contest, it is still a contest for the emergence of the candidate with the most tactical political moves. This is essentially because, while politics is a logical game for the players, it is an emotional one for the people. The recent political development in Edo state which first led to the disqualification of Obaseki from participating in APC governorship primary and culminated in his resignation, with the deputy governor and many others, of their membership of APC in Edo state, has left more to be desired. At the heat of his disqualification from participating in the APC primary, Obaseki still appeared calm and collected, confident and unpredictable. What he seems to lack in physical appearance, he gained in poise. Frankly, Obaseki appears more at ease than those who are out to frustrate his political ambition. First of all, the move to disqualify Obaseki from taking part in the primary was a bad strategy lacking political intelligence and one that is easily predictable. Obaseki’s disqualification so effortlessly aligns him with the people. Fact is that he was made a victim of crude display of power and the people always align with victims. Preempting that the APC Edo state has moved to expel him from the party, Obaseki first resigned his membership of the APC thereby forestalling further attempt to ridicule him which would have been really detrimental to his ambition. The fact again is that it is far more honourable to resign than to be sacked or expelled. This is mainly for two reasons; the dent of sack could have more consequences on one’s future political career. Secondly, it could weaken one’s support base. So let us say that Obaseki dutifully avoided that landmine. Then it happened that the same day of his resignation, Appeal Court affirmed the suspension of Comrade Adams Oshiomhole the former National Chairman of the ruling APC and the man leading the charge against his political future. 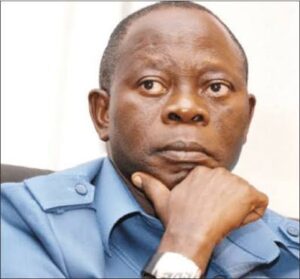 Now, Adams, Obaseki’s predecessor appears to have forgotten that he has a pending case at the Appeal Court over his office. He has resumed, fully enjoying the office just once again forgetting his outstanding case, quite funny but true, it appears. Now, his suspension which has been confirmed by Appeal Court has stripped him of all positions of advantage he had. Consider that if Adams played the right card by resigning his position as the National Chairman of APC voluntarily and using his then valid influence to possibly install a new National Chairman from his camp, he would have remained very much relevant and would have still have his support base intact. But he missed it right there, he even missed it big time when Obaseki was disqualified because he (Adams) was in a haste to play the disqualification card without clearly thinking through the curve of that political action, which left his opponent a lot of windows for survival. From the day of his disqualification, Obaseki still has enough time to secure another formidable platform to contest the governorship and win. Therefore, Obaseki’s disqualification was far too infantile and showed no political mastery because it’s only assumption was that without APC, Obaseki cannot win his second term bid but that is far from the political reality in Edo state. Hence, Obaseki’s disqualification was of little or no consequence at all as latest events have confirmed. On the other hand, the decision of the appellate court had left Adams no choice and no place, worst still, with a fragmented APC. Adams was simply subjected to a second dishonor and now, removing whatever dent there may be from Obaseki’s disqualification from participating in APC’s primary. In truth, Adams is really in a bad position to win Obaseki as of now. And this is because, while Obaseki is fighting in power, Adams is fighting henceforth from outside. In very simple terms, Obaseki very clearly has the upper political hand. An understanding of Nigeria’s political landscape will tell that Adams may no longer be allowed into the Presidential villa or any other important place. Power does not forgive those it has mortified. But this is different from Obaseki as he remains the governor and his access may not be denied without consequence. 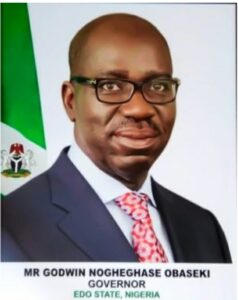 Then again, while Obaseki deployed multilevel strategic machineries, Adams Oshiomhole relied exclusively on his position as APC National Chairman. Obaseki did not rely only on his position as governor of Edo state. As a result of some of the machineries deployed by Obaseki, the entire APC is in crisis with about three different persons emerging National Chairman within the last twenty-four hours, following the confirmation of Adams suspension by Court of Appeal. Obaseki’s multilevel response include reaching out to Wike of Rivers State, which is a strategic move in a bid for him to secure PDP’s ticket and that looks promising. Obaseki had earlier reached APC governors’ forum but he did not rely on them. He took his nomination form to the President and also met the Chief of Staff to the President, on the day he resigned his membership of the APC. The import of these moves for Obaseki is that it is unlikely that the APC governor’s forum or the Presidency will take decisive steps against Obaseki’s ambition, even if he ends in PDP. This is because he carried them along. It will be unnecessary for them to put up a strong fight against him; he had not made himself a political foe. He is only on the other side by circumstance beyond him. In fact, he was pushed out. Here, Adams failed woefully having created so many political adversaries for himself because of his constant show of power. So again, Obaseki has it going for him ahead of Adams. 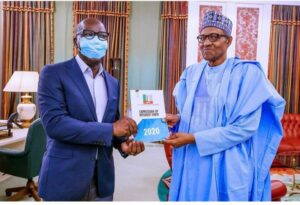 With only ten days left for all political parties to conclude primary elections for the Edo state governorship election according to INEC guidelines, Obaseki is going to have a most impactful and effective campaign building on the success of his possible emergence as the candidate of the PDP, the loyalty of his team members who have also resigned from the APC, the misfortune of Adams Oshiomhole and the neutrality of the Presidency and APC governors.

The political reality as of today in Edo state suggests that Governor Godwin Obaseki will likely win his second term bid, essentially for taking the right political steps and also leveraging on the political incompetence of his rivalry.