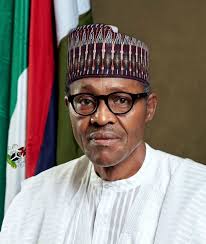 Just yesterday, during the NTA town hall meeting which was aired live, the President showed clear signs of little understanding of the questions he was asked. He also showed clear signs of poor comprehension and difficulty with gathering his own thoughts. As a result, V. P Prof. Osinbajo had to step in on many occasions either explaining to him what was asked, or directly answering questions or providing further explanations.

Then today, during the APC flag off in Asaba, he called the Governorship candidate of his party; the presidential candidate, then the senatorial candidate, before he finally called him the gubernatorial candidate despite having someone standing beside him and helping him with the position Chief Ogboru is contesting, repeatedly.

Considering that some early symptoms of dementia include; loss of concentration, confusion, loss of memory and increased difficulty with remembering recent events, it is only perceptible that perhaps, President Buhari may be going through early stages of dementia. When we also consider his age, more so, as a retired Army General, joined with the undisclosed illness that kept him frequenting London hospital within the first three years, since assumption of office, as well as the stress associated with politics and demands of his office. It must also be noted that the President has often denied knowledge of most recent event happening within the government.

During the Town Hall meeting aired on NTA, President Buhari persistently gave entirely off point answers to questions, he was asked. It was also apparent that his hearing problem has gone really bad.

But the most disturbing, is his apparent loss of memory evident in forgetfulness and difficulty, with comprehension.

This is disturbing on many grounds;

These are some of the questions that ought to preoccupy us. Already, there are reports that over 100 thousand Nigerians suffer from dementia, yearly.