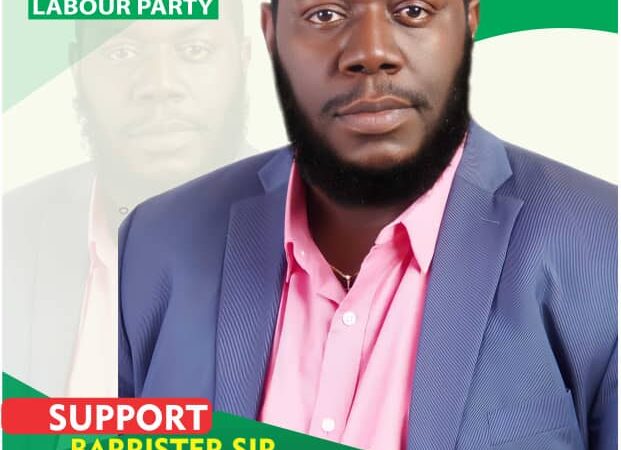 Recently, Labour Party has become a force to reckon with, hence many new and capable aspirants have found in the party, a viable option for advancing the course of public service in Nigeria. Ahead of the 2023 General Election, many capable and young Nigerians are joining the queue to offer quality service to the people in various capacities.

In Nnewi North Local government area, Barr. Izuchukwu Unegbu is one of such young and capable hands who have joined the race to represent the industrious people of Nnewi North constituency in Anambra State House of Assembly in 2023. The incumbent, Hon. Nonso Okafor cannot contest to return to the House because of Nnewi’s rotational arrangement. He is however the APC candidate for House of Representatives for Nnewi North, Nnewi South and Ekwusigo Federal Constituency and might pull some surprises just like he did to cling the ticket.

In the race for House of Assembly in Nnewi North, Barr. Izuchukwu Unegbu and Sir. Augustine Ike are the two youngest contestants and also the two that are most likely to perform the functions of a lawmaker in the House, with distinction. Both are from Edorji in Uruagu Nnewi, whose turn it is to produce the next House of Assembly member for Nnewi North.

With an experience of law practice that spans nearly a decade and half, Barr. Izuchukwu Unegbu has thrown his weight into the contest purely because as he affirmed; “for the first time, the masses are determined to do the right thing with their choice of who becomes the next president of Nigeria”. The Presidential candidate of Labour Party, Mr. Peter Obi, has been enjoying an unprecedented public support and this might be a sign that the people are ready to give themselves the leadership they deserve by voting credible people into public offices. “For me, I am firmly aligned with the outstanding leadership qualities of Mr. Peter Obi and the manifesto of Labour Party that is built upon the welfare and wellness of the Nigerian people”, Barr. Izuchukwu has said.

Barr. Izuchukwu Unegbu commenced his law degree at the University of Nigeria Nsukka, but moved to Madonna University due to incessant strike action and eventually finished there. He has worked at the Federal Capital Development Authority – FCDA, and as well as Law Forte, which is one of the most prestigious law firms in Abuja, the nation’s capital. Barr. Unegbu has established his own law firm, Comfort Solicitors, and the law firm is doing exceptionally well. Outside law practice, Izuchukwu has also acquired professional trainings in diverse fields within and outside Nigeria. He has also consulted for some federal ministries in Abuja in so many areas of needs and capacity building.

Ahead of 2023 General Election, it is expected that Labour Party will ride on the mass-appeal and acceptance of its Presidential candidate, Peter Obi, to make major political gains that will disrupt the traditional political landscape of the country. For Anambra State, the gains will reflect more in the State and National Assembly elections. However, it is important that the people insist on voting capable hands into all elective offices, not just presidency, in their own best interests.