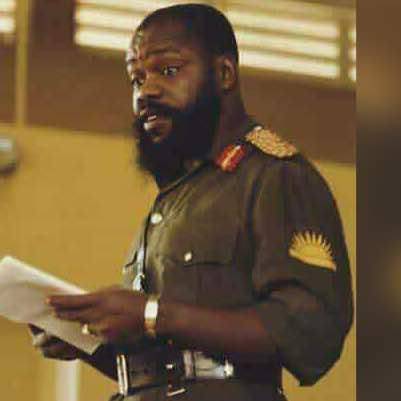 ​Matters Arising from Ojukwu’s Memorial Lecture
By Ebuka Onyekwelu
More reactions have trailed the posthumous birthday and memorial lecture in honour of Dim Chukwuemeka Odumegwu Ojukwu, Eze Igbo, held yesterday at Chukwuemeka Odumegwu Ojukwu University, formerly Anambra State University, but renamed after the death of the Late Ikemba.
The memorial event which attracted the university dons and the entire university community also had in attendance, Prof. Kingsley Moghalu the YPP Presidential candidate in the 2019 General Election as well as the widow of the Late Dim; Amb. Bianca Ojukwu, among other notable personalities. But rather surprisingly, the event had no Ojukwu’s son in attendance and nobody from the kindred or family in attendance too.

Then also the remarks by Amb. Bianca to the Deputy  Governor of Anambra State, Dr. Nkem Okeke, who represented the Governor thus, “tell the governor that today is yet again the memorial lecture and posthumous birthday of the man he rode on his political structure to standom and he is once more not present”. She went further to instruct Dr. Nkem Okeke to “tell him that his actions…is very much like that of an ingrate”. These comments particularly have raised serious debate as to the propriety of such personal attack on the governor even when he is represented by his deputy.

A few question comes to mind, why does it matter to Amb. Bianca that Governor Obiano was absent at the event, but it doesn’t matter to her that Ojukwu’s own relatives were not at the event?

Secondly, how is it possible that for such a great man, all his relations and kindred are no where near such an event in due honour of the persona of Ikemba Nnewi?

Thirdly, is Amb. Bianca on a personal vendetta against the Governor, perhaps for failing to give her the Anambra South senatorial ticket under APGA, which she lost to Prince Nicholas Ukachukwu?

These are questions begging for precise answers and for us to be able to determine the motive behind Amb. Bianca’s comments, it is imperative that we determine if it is correct that, despite being represented by his deputy, the governor was still called out by Amb. Bianca. Also, despite the absence of Ojukwu’s first son and his relations, Amb. Bianca was not worried at all. But she was worried because the governor was not present.

It is of essence that we carefully examine these issues so we can be on the side of truth.