I urge women to rededicate themselves to praying against the continued injustices in the society. I said this because only women have the greater qualities of achieving this without distraction.

According to UN Women labour force participation rate for women aged 25-54 is 63% compared to 94% for men. This shows that women and girls continued to be segregated in work places and by extension suffering from extreme poverty. What can each and everyone do to reduce the gap between men and women in workplace? Don’t always think the next person should do that or the government. We all should get involved.

I urge society to frown at gender-based violence (GBV) or violence against women and girls (VAWG) in its all ramifications. It’s belittling for us as a people.

Gender based violence is today a global pandemic that affects one in 3 women.
Let me use this mothering Sunday to call on companies in Nigeria to be gender sensitive by building an inclusive workplace in order to entrench gender diversity in workplace.
I am of the believe that in order to attract and retain talented women in companies gender diversity would be a deliberate act by the industry to give opportunity for more women to join the labour force. This, I believe will not only bring about inclusiveness and dynamism in the economy but will engineer competitiveness and growth in the companies. 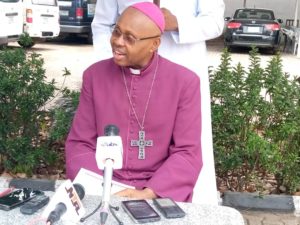 I passionately appeal to companies and organizations to discard gender inequality in workplace and promote gender diversity by integrating women for new scopes and opportunities needed for societal balance.

This year’s mothering Sunday, I am of the opinion that if the society collectively and deliberately rise against gender inequality, we have began a move to fight and reduce poverty in our societies and opening up for better and sustainable development , good governance and a progressive society.

I advocate actions targeted at empowering women in all facets of life and career by shunning domination by a single sex in work places. Women should be considered in leadership roles and not be stereotyped or discriminated. Individuals , be them women or men, people with right attributes should be given leadership roles.

I warn that women should not be subjected to torture and harassment in workplaces as it deters them from aspiring to break the glass ceiling. Workplaces should not be unsympathetic to working mothers.

I task women to be loving whenever provoked and allow reason to prevail and enjoy their marriage rather than kill their spouses. I detest domestic violence and I urge all parties to a marriage to practice tolerance in order not to be associated with domestic violence. I hate violence as a way of expressing one’s anger.

People should be able to jaw jaw and resolve their problems rather than resort to killing their spouse.

Violence against women must not be tolerated, but women must bridle their tongues always and respect their husbands. Men , I charge you to love your wives.

There is no justification for domestic violence. Domestic violence against women must be condemned by the Church and society. I decry the rate of homicides these days and the rate at which women kill their husbands for their boyfriends and man friends. We should all rise against domestic violence. Killing should not be part of problem resolution as it does not end the situation.
I don’t like it, either when the media make justification for homicide on the part of the men. The media should stop glorifying homicide. It
should be condemned.

Why should Academics be associated with sex for marks or sex for cash? It is a dangerous phenomena and hydra headed monster everyone who calls himself an academic must fight to stop. I condemn anyone in the Tertiary institution encouraging such because; it is blight on the society. It undermines our collective efforts to bequeath a morally upright society to posterity. I charge Vice Chancellors and the university governing councils across the country to be decisive on this challenge and rid the academic institutions of all undesirable elements.

I am worried at the allusion by the Nigerian Army that some Boko Haram insurgents are Christians rather than combine forces and obliterate the existence of Boko Haram which is a clear cut Islamic jihadists’ agenda. The insecurity situation is overwhelming and rather than drag Christianity to an Islamic war agenda, the Military should face the insurgents bent on whipping out Christians in Northern Nigeria in particular and Nigeria at large. It is painful that several communities have been ruined, property worth hundreds of millions damaged and hundreds of lives maimed and killed.

I am unhappy our Universities were shut down because of ASUU warning strike over IPPIS and I want the FG and ASUU to shift grounds and resolve this issue in the interest of the students.

I don’t know what is different from IPPIS and UTAS which is University Transparency and Accountability Solution which the academic staff said is able to tackle the unwholesome issues around wages payment which government said IPPIS will eliminate. ASUU described IPPIS as fraud. Whatever, let there be resolution t the crisis for academic activities to resume in the Universities.

I should think that the Federal Government needed to consider the peculiarities of tertiary Institutions Academic Staff both at Colleges, Polytechnics and Universities duirng implementation of the Integrated Payroll and Personnel Information System (IPPIS).

There should be no reason to deduct voluntary deductions like National Housing Fund from the salary of staff ,but failed to deduct statutory deductions like staff cooperative society contributions.
It is sad commentary too not to pay staff on sabbatical leave and peculiar allowances like peculiar earned academic allowance, (PEAA). Already, there are alarms raised everywhere since the payment with IPPIS started.

FG and ASUU should reach a common ground and resolve this festering crisis. 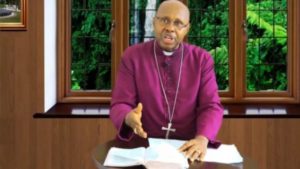 I was shocked to hear that the Federal Government has no records on the spending of about $5 Billion Sani Abacha loot between 1999 and 2015.
It is disgraceful for such a whopping amount to be retrieved ,spent and there is no records according to Attorney General of the Federation and Minister of Justice, Mr Abubakar Malami. The FG said it has recovered $ 630 Million since 2018 of the $5 B.

The news of the explosion took me aback as I am pained such could still happen to our people in this century. I commiserate with Catholic Archdiocese of Lagos , Archbishop Alfred Martins for the disaster at Bethlehem Girls College, Abule Ado , Amuwo Odofin Lagos for losing the Education Director, Administrator of the school and some students who died in the unfortunate fire incident.

I commiserate with other Churches of Christ affected by the inferno after the blast, the government and people of Lagos State as well as with families and relations of those who lost their lives, and property in the fire incident. May God console you all in Jesus name..Amen.