Nigeria and the Curse of State Creation

State creation in Nigeria has always been a product of overriding political consideration. Whether it was the creation of twelve states by Gen. Gowon just before the civil war broke out or the nineteen state structure that was later created by Gen. Murtala Mohammed, it has always been about political convenience. Since Gen. Murtala’s era, Nigeria has moved from nineteen state structured country to a twenty-one state structured country from where it moved to thirty states and finally to thirty-six state federal structure, as presently constituted. These states are primarily created for almost the same reason, without due diligence and recourse to the viability of the states. In consequence, the more state there is, the bigger the challenge of governance this has been the Nigerian experience. More states has left Nigeria worse than it met it.

Throughout the history of state creation in Nigeria, it has always been about the people agitating and demanding for their own state to end marginalization or deprivation, real or imagined. So, in a way, one may say that state creation in Nigeria is the official government policy against marginalization. The problem is that the military governments that created all the states, it is correct to say may have assumed that creation of more states was the solution to recurrent ethnic, religious, or cultural tensions. They might have as well assumed that state creation could be the solution to family tension. Being that it further served the interest of the ruling elites; the distraction was in their best interest. Meanwhile the major issues of governance are not even mentioned, while the people struggle for partition of the country into states that have nothing to offer them. 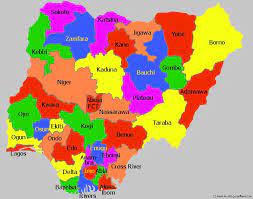 Recently, the Senate revealed that Nigerians want as much as twenty more states to be created. This was gathered through responses from the Senate public hearing on constitutional amendment, across the country. It is important we observe that Nigeria moved from a three region structured federation, to eventually a thirty-six state structured country, yet, many Nigerians still feel alienated, and unwanted, in their states. What is most incredulous is that somehow these Nigerians believe that creation of more states will resolve this inherent incapacitation, misdiagnosed as a consequence of a dysfunctional state structure that can be solved with creation of more states. The problem, it must be said is poor leadership; failure of the political class to initiate substantive conversation around the development options available to their people, and actually implement bold steps towards realizing set targets. The depth of this failure may have stunted the imagination of many Nigerian people who then assume that what they need is their own state. Probably in view that they will become part of the government in the new state and have access to the state treasury and then, they will be fine. May be not, exactly.  But the sad part is; the crisis of development faced at various disturbing levels, at all fronts; from federal to state and local government by Nigerians, has wrongly been interpreted as a problem that more states can solve. But in truth, more states have rather multiplied Nigeria’s problems. Nigeria has gained a reputation, to the point of becoming synonymous with states that cannot even be able to pay their bills, unaided. In other words, Nigeria is inundated with states that are unviable, pariah, and leach sucking on monthly disbursement by the federal government to maintain the flamboyance of the government and its attaches benefiting from state power, while still owing the state workforce. It is therefore hard to understand just exactly how many Nigerians from all the regions of the country would think that creation of more states will resolve the leadership question at all levels in the country. If Imo state and the Southeast regional alliance has been ineffective and unable to drive the developmental expectations of the people, what makes the people think that creation of “Etiti state” will make any difference? Nigerians in different parts of the country also asked for states like Okun state to be carved out of Kogi state. But if Kogi has not done any better, how much better can what is carved out of it do? In Kano, they asked for Tiga state and Ghari state. How well is Kano state doing and how self sufficient is it now as a single state that calls for creation of two more states out of it? This, clearly is how creation of states is a disempowerment and a distraction to the aspirations and dreams of the people. Every state that is created is quickly hijacked by a political class that is so shameless that they can count salary payment of state workers as an achievement. That is the level of violent abuse governance has suffered from the hands of opportunists feasting on public funds with absolutely not a single addition to wellbeing and future of their own people.

Creation of more states should never be considered as a solution or an answer to the people’s demand for justice, sense of belonging in their own government, access to basic amenities, affordability of a descent life, which the government must create for the people. State creation is never the solution to these legitimate aspirations and expectations of the people. With more states, we are certain based on experience that good governance will not be achieved, just as it is sure that more people will regroup under the new states to enrich themselves and while the people suffer, those who feel alienated will demand for their own state.

State creation like birth of new nations, has never been and will never be a solution, an alternative or an escape route from poor governance. At best, usually, it is mere diversification and domestication of the ills which the people intend to resolve from the old or originating stock. However, in the meantime, it does appear to offer some false hope that new state, either as a country or a federating unite, carries the solution to the problem the people intends to solve, but that is never the case in reality. In the case of new countries, the new country must go through its learning process and it usually leads to wide range arm struggles and deep crisis that quickly leaves the new country ungovernable. The same is the fate of new states in a federating unit as Nigeria, which in our experience are invaded by political horks to reproduce the exact experience in other “trouble states”. And so, creation of new states as federating units in Nigeria or agitation for new countries stands reasonably, in our reality, a waste of precious time and a distraction that serves the interest of the oppressors and marauders. People make demands for new states or new countries for about the same reasons. They are in discontent, alienated by their government, forcing them to endure bad governance to a dehumanizing degree. The people must always realize that the problem is their leadership and to solve this problem of leadership failure, they do not need new states. What they need is a sustained legitimate demands on the government which will eventually become overwhelmed to either meet the people’s expectations or extinct, for someone else to try.

Nigerians should not distract themselves with demands for state creation, it changes absolutely nothing. What the people must demand is good governance, transformational leadership that is consumed by the problems of the people and committed truly, to solving it at all levels. When sustained, this consciousness is what will set the pace that will naturally edge out opportunists and pretenders from coming anywhere close to public office. More states will never address the question of bad governance even as that remains at the nucleus of all demands for new states.