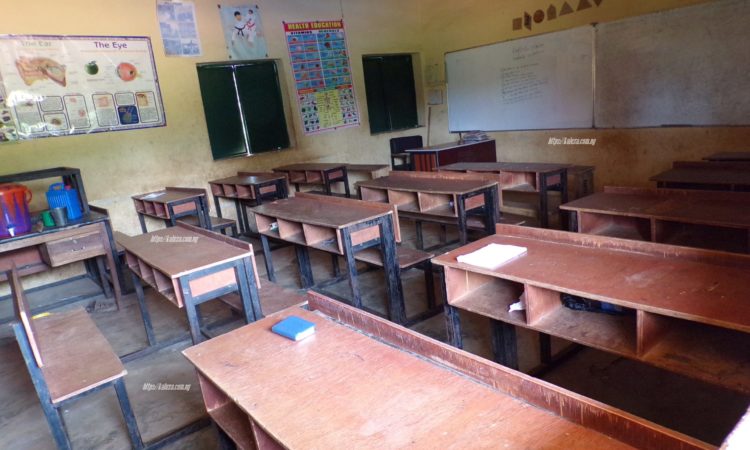 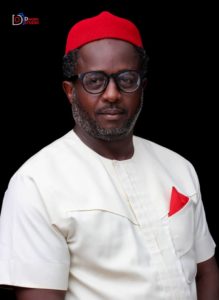 Ozo Nkala Iyke the President General of Umuawulu Progressive Union-UPU, the Town Union of Umuawulu, a sub urban in Awka South Local Government Area of Anambra State, has unveiled his achievements since assumption of office in December 2017. Umuawulu is one of the fastest developing towns in Anambra Central senatorial district. The town has three quarters which are; Enugwu, Agbana and Umuenu, with altogether twenty-one villages. Recall that in our last publication which you can read here, we reported that Ozo Nkala Iyke the President General of Umuawaulu promised to show us what he has been doing as the PG of Umuawulu. However, it is important we note that Town Unions are veritable instrument for community development. In our context in Anambra state, town unions are like the fourth tier of government. They are partners in progress because of their special and strategic place in working with both government and individuals to bring development for the people. With this in mind, the essence of town union leadership is therefore to mobilize spirited individuals in the town to make input towards the development of their town. Also, the leadership of town unions partners government and any other willing organization to bring development to their town. After our initial interaction, we decided to divide these achievements in broad groups for easy and better understanding of our readers. Now let us look at what Ozo Nkala Iyke has done since assumption of office as Umuawulu Town Union President General. 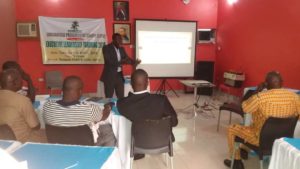 What Ozo Nkala Iyke did Differently in Capacity Building and Education

In the area of capacity building and education, the PG first organized training for all members of his executive after their election, so that they will understand the quintessence of their positions as leaders of the town. According to Nkala, “I made it a law that we cannot do anything except after the leadership training for all members of my executive. With that, we were all able to be on the same page. You know, because we just resumed then, there was no money, so I bore most of the cost of that training and I am glad I made that decision. So that was how we started and for me, it was a good start”. Recounting other landmarks in the area of capacity building and education, Nkala noted that he has students whom his foundation pays their school fees, even at university level before he became the PG. But upon becoming PG, he observed the alarming rate at which youths drop out of school, without even having an o level in Umuawulu and knew that it is a big problem that will jeopardize the future of the town. To address this problem, “I mobilized many of our wealthy brothers in different places to help. I came up with an idea to pay for WAEC, NECO and UTME exams including the school fees of our students in the two secondary schools we have in Umuawulu. This is very expensive but we have kept faith ever since and we spend over four million Naira on this programme, every year. This means that in our two public secondary schools, for students in their final year, they are on total scholarship. There own is just to read and pass their senior school exams and UTME”. As a result of this programme, so many of “our well to do brothers and sisters have taken it upon themselves to see that some of the kids who passed their exams but do not have the finance to progress, are assisted and granted scholarship to the university as we speak”. It did not end here as Iyke and his executive have so far donated a total of four hundred and fifty chairs to the three public primary schools in Umuawulu. Each of these schools received one hundred and fifty chairs to augment the chairs in the schools. 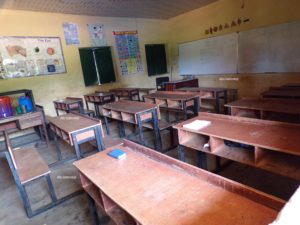 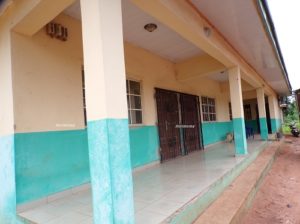 In health sector, Nkala Iyke Foundation which is Ozo Nkala’s own means of giving back to the society spends fortune on medications, medical outreach and other health related concerns for the people of Umuawulu and even beyond. Nkala Iyke’s Foundation has a refill and follow up centre in Umuawulu where people especially the elderly go to every Monday and Wednesday, to collect their drugs for diabetes, hypertension, arthritis, malaria and eye infection, free of charge. The centre also has a nurse that works in the office and examines them, at no cost on them. 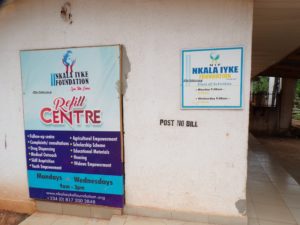 By the time we have gone round to see and confirm these projects, we were already tired for the day. However, one striking and impressive thing remains that Umuawulu has really changed a lot, with many tarred roads doting every nock and cranny of the town. We will surely return to look at Ozo Nkala Iyke’s achievements in other areas as PG of Umuawulu and aslo have an interview with HRM Igwe Dr. Joel Egwuonwu, Eze Udo II of Umuawulu, as scheduled. 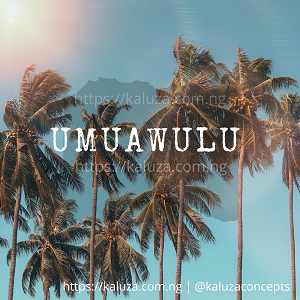