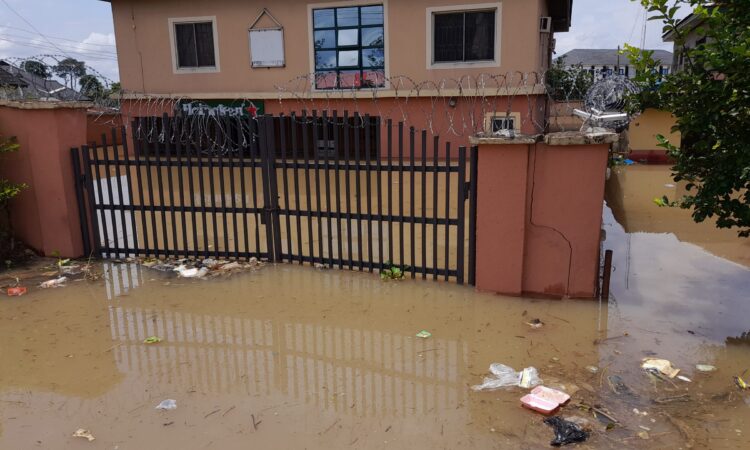 In Ogbaru, as of yesterday, October 5th 2022, both sides of the local government from Odekpe have been flooded, but the road is still clearly accessible. However, further down to Atani, the flood has virtually taken over the entire community on both sides with such an intensity that has overrun many houses, farms and the main road. The Ogbaru local government secretariat is nearly covered by flood and in some places from Atani, the road has been washed away, thereby enforcing the use of boat as the only means of transportation. 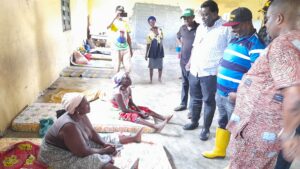 Interestingly, as of the time of impact assessment by Hon. Somto Udeze, the House of Assembly member representing Ogbaru II constituency yesterday whose home in Atani was nearly overrun as of yesterday, many of the flood victims in Atani still managed to stay in their homes. Speaking to Ebuka Onyekwelu, many of them said they will not go to the IDP camps, set up in the local government secretariat and at Odekpe Central Primary School. They said they will stay back and see how it goes. However, for some, they won’t leave because, if they do, criminals will come to steal their belongings. Yesterday, Governors Soludo visited the Odekpe Central Primary School camp. Earlier, Hon. Somto Udeze in company of the Local Government Transition Chairman Pascal Aniegbuna, reassured the flood victims of the government’s commitment to ensure that they are taken care of in the best possible way. Hon. Udeze made some cash donations, brought food items and other edibles. The Transition Chairman also brought some medical supplies, among others. These were distributed to the two IDP camps. Upon his visit, the governor could not get to Atani for reasons that may not be farfetched; it is nearly a dangerous journey. The Ogbaru police station has been completely overrun and broken down in part by the flood. So also the home of the iconic music legend Osadebe, which has been flooded.

In Odekpe IDP, only on Wednesday, no fewer than two hundred and thirty people were admitted into the camp according to the manager of the camp. In Ogbaru LGA secretariat camp, we could not establish how many displaced persons are camped there but they are more and run into several hundreds. Yet, there are so many people still managing to remain in their homes. 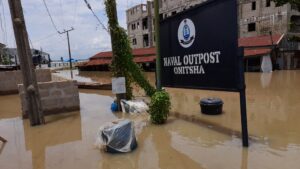 In comparison to the 2012 flood experience in Ogbaru, the consensus among residents is that this year’s flood is the worst they have seen in their entire lifetime. They also called on the government to come to their aide and assist them in any way possible. Meanwhile, from experience, residents are projecting that the flood will last for a few more days and might begin to rescind in the coming week. For now, the flood has forced farmers to sell their produce at a ridiculously low price so that they do not lose everything to the surging flood. 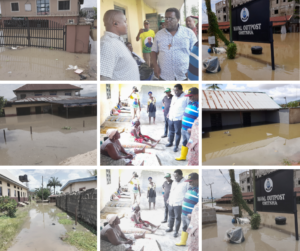