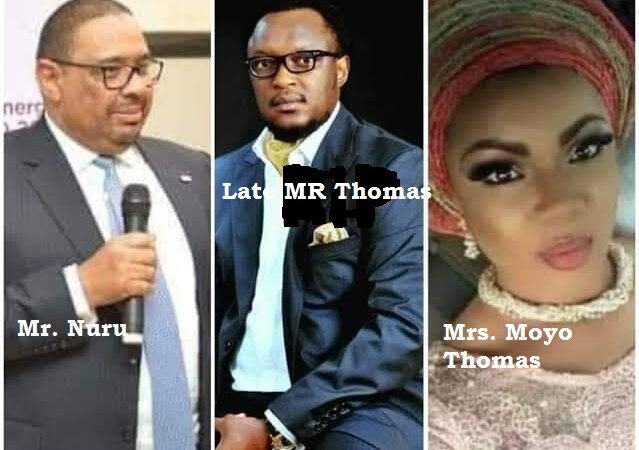 Recently, Nigerian media and social spaces have been inundated with arguments on DNA test. This is not the first time Nigeria’s social spaces are experiencing this level of argument on a child’s paternity. However, this time, the argument has refused to rescind or varnish. The need to conduct paternity test on kids was provoked by the story of Tunde Thomas who was said to have died from complications as a result of the depression he suffered when his wife of many years inexplicably left him after she revealed that their two kids were fathered by Adam Nuru, the Managing Director of First City Monument Bank-FCMB, her boss in the office. The outrage generated by this happenstance is so electrifying that in a few hours; a petition to Nigeria’s apex bank, CBN, to fire Nuru received thousands of signatories. Many social media users and commentators also argued that Nigerians should boycott FCMB should they try to downplay this issue and not give sufficient punishment to Mr. Nuru. Now, FCMB has responded that the matter must be duly investigated and an appropriate punishment handed to Nuru. 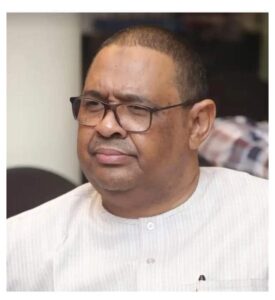 As vexatious and blurred the lines may be, the fact is that many young Nigerians are dealing with a problem that many older Nigerians do not understand how the problem, is even a problem in the first place. The advocacy to conduct DNA test on one’s kids to be sure has therefore met brick wall with older generation of Nigerians, especially of Igbo origin most of whom argued that DNA test is unnecessary because, once a man is duly married to a woman, any child born by that woman is his child. Here is the clash; these days, it is easier to understand that a man can have a child from a woman he is not married to which we now call baby mama, but also hard to swallow the fact that in Igbo culture, any child born by a woman married to a man in that marriage belongs to the man. Clearly, this is also a clash of standard of decency and to be sure, modernity carries with it a toga of moral high horse and it does not make it any easy. The implication, of course, is that for proponents of this Igbo culture narrative, there is nothing like paternity fraud. And to be clear, even till date in Igbo communities, it is a general believe that kids belong to the community, not the family necessarily. Though it is not lucid if this is connected to paternity questions. More profound is that when one puts his ears to the ground, stories of how people not biologically fathered by a man they call father and answer his family name abound. In many of these cases, the woman simply gives birth to kids, however she got pregnant does not matter as the child belongs to the husband’s family. Another way is that when the husband die and the woman is still young, she can have kids at his back (that is after his death) yet those children bear the name of the patriarch of the family and share inheritance with other members of the family without any form discrimination. So many other instances abound but the compelling fact is that in each Igbo society, it is generally accepted that any child born by a woman belongs to her husband. There is nothing like cheating and there is also nothing like paternity fraud.

However, before the advent of modernity and Christianity which was massively embraced by Igbo people, men hardly marry one wife. Men married as much as three, five wives and still have girlfriends some of whom also had kids for them. The major reason for this was to have big family, to have people, hence the saying by Igbos, that he who has people is bigger than he who has money. But also for the family to help with farming. But again, it is believed that by having large family, one stands a better chance at having a shot at greatness. True. Many big names in Igbo land came from big families. So the practice was normal and in line with what obtained in those days, not a case of having a side chic or cheating. Yet, some of the men in those days still extended their roots into other families. That is to say that some philandering men in those days who were strong and wealthy still had kids by women married to other men. Those days, it was not a big deal, but today, it is paternity fraud. Till date in Igbo villages, it is an open secret who fathered who biologically. In other words, many know who fathered a child biologically but it’s all fine and okay as long as the child is of good behavior, he may not even know his biological father. This was once the reality, but not anymore.

Today, a man married to a woman has almost lost his right of neutral friendship with other women. He will have to explain why this girl or that colleague who is a woman is texting him or calling in the evening or even in the afternoon, otherwise the man is risking being called a cheat. Any thought of getting a second wife is considered totally insane, it is not entertained. By the same token, decency of modernity no longer permits keeping girlfriends openly. Although in the same manner, to make it look clearly outrageous, we now call girlfriends’ side chic. In summary, for every modern man, Igbo men inclusive, one woman is enough. Fact is, if men cannot marry more than one woman and we now have cheating men or women, and cannot keep girlfriends or boyfriends in marriage, then, there is paternity fraud, just by that same standard. 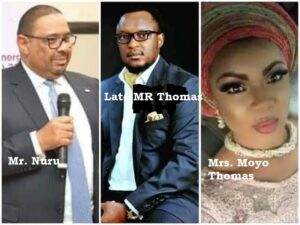 In most traditional Igbo society where it was mainly the practice that every child born by a married woman belongs to the husband, there were realities they lived in and those realities, violently contrast with our own reality in this age and time. While it may be a lot helpful for one’s own peace not to bother about the paternity of one’s children, exigencies of modernity actually reinforces it, otherwise, we may just be deceiving ourselves. Although some people still want to live in the reality of the past years, where they are free to have kids from anywhere in the name of their husbands or where the husband is free to have as many women as he can afford. However, modernity no longer permits and therefore such lifestyle can only be maintained in secret and not openly, both for man and woman, at a very damaging cost upon discovery. Therefore, it is outrageous for any woman to bring home to her husband, a child that does not biologically belong to the man. It is contemptibly fraudulent. Loathsome and completely abhorrent. A deceit of unmitigated proportions. This however, is totally different in any situation where the couple decides and agrees to operate by different rules.

But in any case, if by modern decency we accept cheating as moral weakness and repulsive, then paternity fraud is even a more treacherously criminal moral challenge that ought to be meted with stiffer outrage for two reasons; cheating and doing so conveniently to the extent of having a child for another man and secondly, bringing the child home and making the husband believe he is the biological father of the child. This was what Tunde Thomas suffered twice in his life time. He was a victim of paternity fraud. But also a victim of modernity’s double standards and expectations. If Tunde had many wives and girlfriends, he would not have died from depression just because he did not biologically father two of his kids which could just be two out of over ten children, as against the particularly instance in which he had only those two kids.