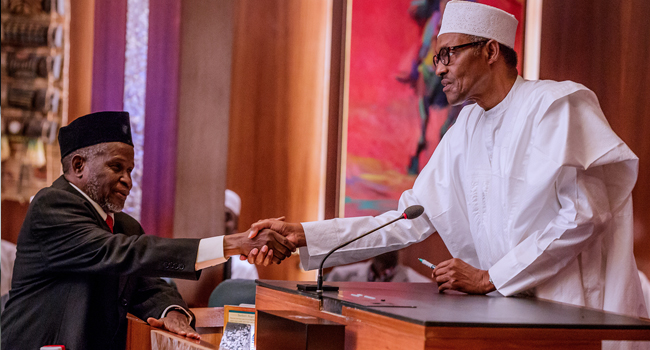 The Acting Chief Judge of the Federation; Justice Tanko Mohammed, whose appointment was once submerged in all manner of controversy,  was yesterday recommended by the National Judicial Council- NJC, to President Buhari for onward recommendation to the Senate for confirmation as substantive Chief Judge of Nigeria. Justice Tanko’s recommendation came after an emergency meeting of the NJC. 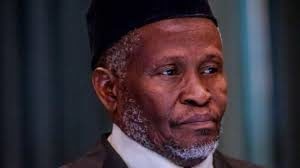 Today, the President has transmitted his request to the Senate, asking for the confirmation of Justice Mohammed Tanko as the substantive Chief Justice of Nigeria.

Justice Mohammed Tanko has been the Acting Chief Justice of Nigeria since Justice Samuel Onnoghen the embattled Chief Judge who later resigned,  was suspended in a manner many saw as Executive rascality  and one too many, undermining both due process and the independence of the judiciary as a distinct arm of the government of Nigeria in a democracy.

Summarily, Justice Mohammed Tanko’s recommendation by the NJC and the swift request by the President for his confirmation as Substantive Chief Judge of the federation, may not meet many Nigerians as a surprise.

In another letter sent by the President to the Senate, the President also requested the Senate to confirm his nominees numbering about fifteen, for the position of Special Adviser.