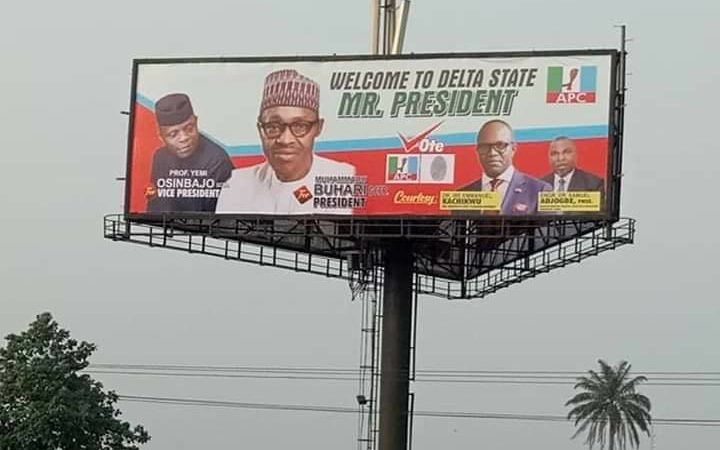 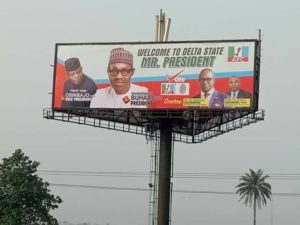 The flag off of the APC today in Asaba took a dramatic turn during the presentation of the party’s flag to the governorship candidate of the party. The flag which was handed to President Buhari by the National Chairman of the APC; Comrade Adams Oshiomole, was handed to Chief Ogboru by the President who appeared to have forgotten what Chief Ogboru is contesting as he called Chief Ogboru “our Presidential candidate” then he was corrected by a nearby official, likely the Secretary to the Federal Government, but he retorted but then called him “our senatorial candidate”, he was corrected yet again and then he finally called Chief Ogboru “our governorship candidate”.

Recall that just yesterday, the President made similar error when he  claimed that he became President on 19th May, 2015.