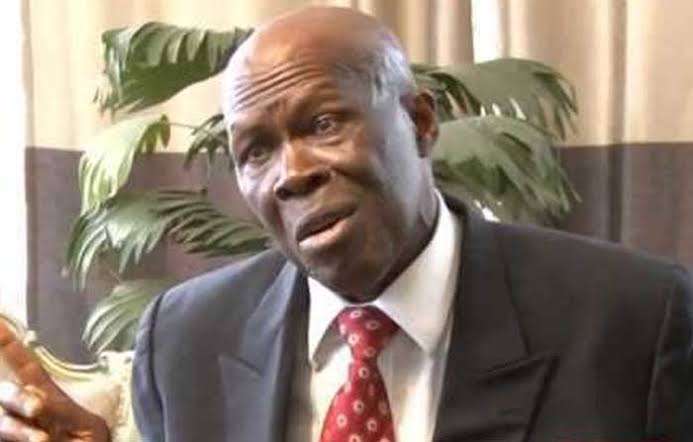 ​June 12 is celebrated as a National Holiday in Nigeria in remembrance of the sacrifices of patriotic Nigerians who insisted that the will of Nigerians must not be toyed with, during the 1993 General Election.

Almost all of the time, June 12 is mentioned without any acknowledgement of the then National Electoral Commission-NEC, led by Prof. Humphrey Nwosu, an erudite professor of Political Science at the University of Nigeria, Nsukka. However, when we consider that the election variously adjuged the freest and fairest election in Nigeria, was not conducted by Late Alhaji MKO Abiola who by some strange reasons, is often seen and referred to as the hero of that credible process; even when indeed, he was merely a participant in the election and not the umpire, perhaps, only then can we appreciate the great deal of work and courage Prof. Humphrey Nwosu put into the June 12, 1993 General Election. In recent times, the 2011 General Election conducted by INEC led by Prof. Attahiru Jega, has Jega received and still receives the credit for the seamless process. That is the right thing as President Goodluck Jonathan, although then already a sitting President has some credit for non interference, however, any credit for the process ought to and rightly so, go to the umpire, particularly, the head of the electoral umpire.

Let us therefore be reminded that June 12, is about a man; a man who put his life and family on the line to preserve the will of the people of Nigeria in 1993.  A man who refused to be compromised or bullied to silence by the military thereby literally sacrificed his life and that of his family, just so the will of Nigerians in that election, can stand.
June 12 is never about MKO Abiola who was a politician and participant in the election. It is about an electoral umpire led by the now 77 years old Prof. Humprey Nwosu, that refused to back out, back down or sellout to the military, for some personal gains, which he could have so easily done.
Today I remember Prof. Humphrey with profound pride and I am thankful for the gift of a man of character like him.