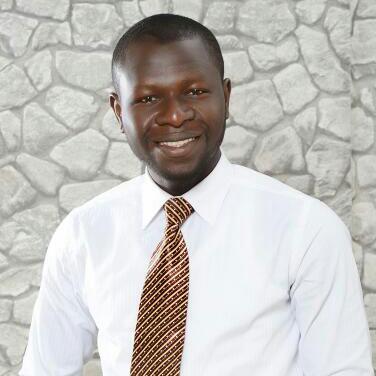 ​Reno is Wrong. In Africa we Have Problems of Orientation and Failed System

After reading Reno Omokri’s post thus, “In Africa, we give birth to kids we can’t care for and the kids grow up to blame, not the parents but (uncles who have their challenges) for not taking care of them. It breeds a cycle of deep family hatred. Have kids according to your pockets”, I came to a near conclusion that his assertions are almost a case of blaming the victims. Here is why.

First of all, why is Reno trying to blame the kids who are also victims? Victims of terrible orientation living in a toxic environment and of failed system characteristic of African states? So the two fold problems really are; our orientation and our system, not the kids, parents or uncles. Parents and uncles are merely, in the absence of a trustworthy system, playing the role of the state.

The problem however, in regards to the discuss raised by Reno, is actually the unreasonable, totally silly sense of entitlement most of our people have. Even people not related to you in any way tends to have the same sense of entitlement, once they see that you are rich. People can randomly walk up to you and make demands. Reno ought to know this, having worked as a media aide to the former President because politicians are the most common victims. They are often treated as cash cows, with all manner of demands through calls and text messages. Generally, our orientation is embarrasing and directly connected to the level of dignity and respect we have for ourselves. Perhaps, many of us are just desperate. Maybe there are limited options available, forcing people to desperately scramble for greener pastures. But most certainly, it is not about the number of kids one has.

My own father was a successful business man as at the time we were younger. We are 7. But it happened that as at the time we were entering senior secondary school, he had some business bad times and never recovered. However, all of us still went to higher institution and the last born just graduated. My parents paid all our school fees, despite the challenges. My parents believe in education and for them, it doesn’t matter what the prevailing circumstance was, there is a target before them which they must attain. I think the major issue is our orientation that people who have, are under some obligation to give those who do not have. No they are not. They don’t owe you!

Secondly, Africa is not Europe or America. There are so many instabilities as a result of which it is extremely difficult to predict the future or adequately plan based on current realities. Today, you may think you have enough resources to raise 5 kids, maybe tomorrow, the once favourable economic policy will change and your economic fortune will crumble such that you may not be able to raise even a kid. There are too many uncertainties. Conversely, you may not have the means to raise even a kid today but sometime in the future, you may have enough to raise 100 kids. This is how life was designed and I cannot say exactly why. But whatever be the case, if we have the proper orientation, we may pull through. Even in Western countries, there is social security and other interventionist programmes to help poor citizens. So there is proper differentiation that allows people live independent of other people. That differentiation has no place in Africa! We also have a hustory of communual life style in which interdependence is key, but alot of things have changed and the complexities of modern life have further shrinked our individual’s capacity to help each other.

Clearly therefore, the problem is not the kids. The problem is our orientation and the failed system in Africa. In the West, you don’t have to be rich to go to school or start any worthwhile venture and you don’t have to depend on other people. As a natural consequence, there is no need to blame any uncle over there. As I write this, I have been trying to raise roughly N400, 000,  to complete my masters degree school fees so I can get my certificate. I have not depended on my uncles to do it. I paid my fees through out, but couldn’t pay all. Imagine if this was a Western country. I will simply get a loan and pay up then maybe pay back over a period of 10 or 20 years. Steve Jobs got a loan to start Apple. A loan worth millions of dollars. Here, no one will talk to you. No bank will look your direction if you have not already made it. So really, you can’t blame the kids. The problem is our orientation. Dignity is a scarce commodity here. Our environment is simply frustrating and toxic. There is mental laziness and the government keeps failing. People, even those not related to you feel that once you are rich, they are part of your responsibility. There is nothing wrong in the rich helping the poor, but the thinking that rich people must help the poor is totally crazy and it has reached alarming level. We ought to help each other alright, but I mean, it is not anybody’s right to be helped. But the problem is that many of our people believe that they must be helped or lifted from their condition by this or that rich man or relative, at all cost. Yet, there are people who have seen it all and gone through the process and have been able to rise above their ugly circumstances.

Most of our people need to take a vow on dignity and self respect. Nobody owe you anything. You owe yourself everything, including a duty to live decently, even under terribly skwed systems in Africa.