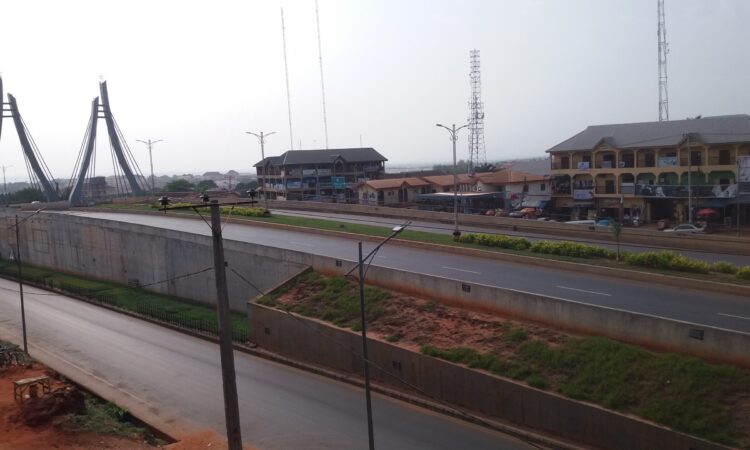 Awka the Anambra state capital is arguably one of the fastest growing cities in Nigeria. Yet, as a capital city since the creation of Anambra state, there are genuine concerns that Awka lives, far below expectations of its status as the capital of the light of the nation. In fact, many travelers while passing through Awka for the first time wonder if there is yet another Awka ahead as the one they passed through has no semblance of the status of a capital city for a state like Anambra. Despite Awka’s status as an ancient smith town, yet, the image of the city has remained largely compressed just like its roads. Awka does not look anything like the capital city; it is just like one of the towns in Anambra, except for the government presence.

Looking at the population distribution of Awka, by observation, one can presume that as much as 90% of Awka residents are civil servants, students and low or middle income earners. The bulk of this population works with the state government, while others work with federal government entities within the city or around the state. Anambra state government for instance does not pay a graduate in level 8, which is a senior level in civil service, up to forty thousand Naira monthly salary. Actually, for a start, a graduate employed at level 8 is paid thirty thousand Naira every month. When the amount is multiplied by twelve months, it is not even up to four hundred thousand Naira, this is inclusive of the leave allowance paid to civil servants before end of every year. The reality therefore is that it is simply impossible for most state civil servants to honestly be able to afford a decent accommodation in a good location in Awka, except for the few who enjoy political patronage one way or another. Only a handful who have attained distinct level in service can barely afford it. Others can only afford it by dishonest means. There is just no way around it, based on remuneration. It is even worse for couples both of whom work for the state government.

Awka also has a fair share of federal government workers including teaching and non-teaching staff of federal institutions, as well as other federal government ministries, departments and agencies. On average, their salaries are not more than one hundred thousand Naira. The exception being only a few, who are very senior staff; many of whom actually have their own houses already because they can afford it.  Aside these categories of Awka residents, the next is bankers. It is still the same reality. Senior bankers who can afford decent houses in choice areas already have their own houses. Those other bankers who cannot afford it struggle like other residents of the city, to pay their rent every year. There are also residents who work in the few industries in Awka, most of the workers in these industries are low income earners, earning less than thirty thousand every month. The city is a university community so some of these workers are students. Then there are businessmen. In this category are a handful of businessmen who are really wealthy, only relocated to Awka and they have their own homes. Finally, there is the political class who are holding appointments. Those holding major appointments or elected to the legislature are able to build their own houses within the first few years of being in government, while those not holding major appointments can afford a decent accommodation in a choice area considering that on average, an appointee of the governor earns over one hundred thousand. An assistant to the governor earns about two hundred thousand Naira, some earn close to three hundred thousand Naira every month.

From this, it would appear that Awka is very clearly favourable to the political class and others at the top or close to the top of the food chain. Notwithstanding that Awka has a buoying youth population. It is thus needless to add that the city is fast becoming unaffordable for most of its residents. The reality, it appears, is that Awka is now being reserved for senior government workers, politicians, senior bankers and a handful of young people who are in the creative/entertainment or digital industry, including those on the “street” who are making money by other means. Not surprising that in different parts of Awka, there are families living in uncompleted buildings scattered in the city. Add to it that many young people who lived and work in Awka have relocated to their villages or parent’s houses outside Awka because they cannot afford Awka’s house rent. Yet, the worst is that most of these houses are not even worth the humongous amounts charged by the landlords as rents. Poorly constructed houses with poor quality materials, no parking space, bad street roads, no extra service or provision for any kind of residents’ comfort, yet, the rents are so overpriced above residents’ paying power. Little wonder it is common to see people parking out of these apartments after paying the first year’s rent.

Matter of fact, Awka is on overdrive and it is a recipe for chaos, crime and official corruption! Not just the rent, the schools too. Because of the deplorable conditions of government owned schools, most parents take their kids to private schools. In most of these private schools, despite the outrageous amounts paid as fees, there is no serious facility for proper learning experience as one would expect of schools paying that much in a place like Awka. With these stack reality, there may be little doubt that a few people who have access to funds with which to invest in housing or other infrastructure are holding the city to ransom while government looks on, helplessly.

The incoming government of Prof. Chukwuma Soludo upon assumption of office must make a landmark impact in the growing and discomforting housing crisis that is going to hit the city very badly, anytime soon. Regulatory bodies must also enforce regulations and compliance with residential building standards and pricing. The high cost of houses is bad enough, but for the standard of houses with room like the palm of a man’s hand, inferior materials, and zero consideration for residents’ comfort; it is nothing short of plain evil and this situation must be arrested at once.