Senator Dino Melaye representing Kogi West senatorial district yesterday, surrendered to the Police eight days after over 50 men and officers of the Nigeria Police Force, camped in his Abuja mansion and refused to leave. His brother had claimed that he was not aware of the Senator’s whereabouts. However, the Police disconnected the water and electricity in the mansion in an attempt to force Sen. Dino into submitting himself. Although initially, Sen. Dino had said he will not surrender or submit himself for arrest, but yesterday, he submitted himself to the police and was taken to the SARS headquarters in Abuja, where he could not be interrogated because of health challenges which led to his hospitalization by the police. In a statement released by the police, Sen. Dino was admitted in police hospital and he has gained stability. 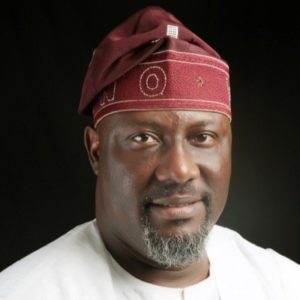 The lawmaker is wanted by the police over an alleged shooting of Srg. Aliu Danjuma, by thugs suspected to be loyal to him. The police officer was shot in July 2018 and was admitted in Kogi Federal Medical Center, Lokoja, where he has been receiving treatment.