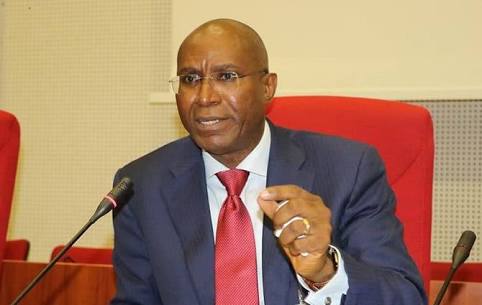 Senator Ovie Omo-Agage, representing Delta North, the senator in the eyes of the storm during the snatching of the Senate’s symbol of authority about 8 months ago, has emerged the Deputy President of the 9th Senate. Sen. Omo-Agege scored a total of 68 votes to defeat the former Deputy Senate President; Ike Ekweremadu who polled 37 out of the 105 votes cast with one invalid vote and while one senator did not vote.

Sen. Omo-agege has been declared winner and the new Deputy President of the Nigerian Senate and is being sworn-in by the Clerk of the Senate.