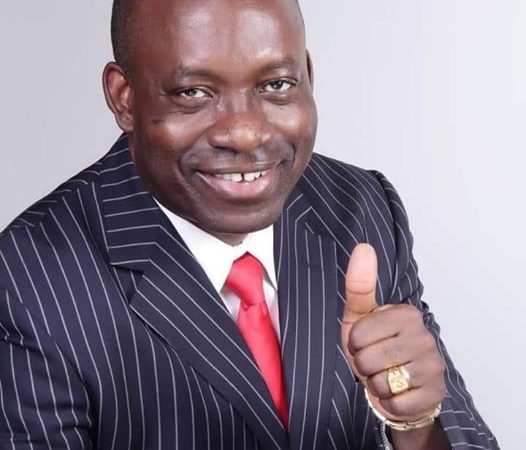 Soludo: To be or not to be Anambra State Governor?

The option of Prof. Chukwuma Soludo becoming the next Governor of Anambra State, at face value, looks quiet fascinating until subjected to rigorous interrogations, which are necessary to be sure that it is a worthy choice.

As we all know, Prof. Soludo is not a newcomer or green-horn in public service. He has served as Special Adviser to the President and as the Governor of Central Bank of Nigeria. This, generally is why, it smacks of ridiculousness when people simply assume that Prof. Soludo should be accepted by all without questions.

But again, given the nature of our politics, which only is made even worse by the very nature of politics in itself, one would expect that Prof. Soludo will deal squarely with any attempt to rob palm oil on his white native, which, he now prefers to match with the Igbo traditional red cap. Notwithstanding, it is hard to honestly dismiss all the issues so far raised against Prof. Soludo in relation to whether he would make a good governor if he ever becomes Anambra State number one citizen.

For instance, it is said that Prof. Soludo has no legacy project anywhere in Anambra State. In contrast, Prof. Kingsley Moghalu who was only Deputy Governor of Central Bank of Nigeria, has a building project to his name, at Anambra State University, now Chukwuemeka Odumegwu Ojukwu University. Again, Prof. Soludo is said to have failed to help anyone secure employment with the CBN. Years ago, I met a security operative who once served in Aso Villa and he narrated how they assisted Prof. Soludo to gain frequent access into the Villa and to the then President, even without prior appointment. It happened, as he said, that when Prof. Soludo became CBN governor, they met him and begged for their graduate wives to be employed. But to their utmost shock, Prof. Soludo waved off their demand, till he left office. This may not be true. But people would like to know if Prof. Soludo helped anyone secure employment, while he was in charge at CBN.

Then also, there are allegations that billions of Naira were raised by individuals and corporations for the sole purpose of building a world class memorial hospital for Prof. Soludo’s late mother, in his village. That hospital is yet to be completed till date, for whatever reason.

The more traditional accusation of elitism has also been variously confirmed by no less than people who are now publicly affirming their support for Prof. Soludo. Some say he now acts as if he is Governor already.

Now, no matter how trivial these issues may appear at first, these are the core issues at the heart of governance. Not minding how small they may seem, their consequences far outweighs what we can imagine, if they are true. As a private individual, those may not matter. But as one gearing up to occupy public office, these are fundamental problematic issues that speaks to Prof. Soludo’s spirituality, humanity and willingness to serve the public with everything, within his disposal.

At this point, we must at least admit that intelligence is not a measure of one’s ability and willingness to serve public. Just as it must be noted that when it matters, trust is of higher value than competence.

My submission is that Prof. Soludo and his team should address these issues. Let them put it on record that Prof. Soludo has legacy project anywhere in Anambra for public good, to his name, as former CBN Governor. Let it be made known, those he helped to facilitate their employment. And let the ranging debate over his late mother’s memorial hospital be put to final rest, with proof and sufficient evidence of project completion or a strong conviction on why it is not completed yet.

While many are keying in behind Prof. Soludo in APGA, due, in part to support by Hon. Chinedu Obidigwe, or on the assumption that the governor has said, the fact remains that almost all these people have questions, and are worried about Soludo’s ability to feel the pulse of ordinary people, for that is what it is mainly about. Yet there is more. Viewed from another angle, the implication is that Prof. Soludo may have gathered and riding on assurances given by sycophants. “Oh yes men” are the greatest challenge to leadership in this part of the world. A most dangerous impediment to good governance. In the event he wins, veneration is sure to top governance and the people suffers. It would appear this is the direction Prof. Soludo is headed.

Here, I can safely assume that I have tried to articulate the concerns of the people and even most “supporters” of the Prof. Soludo’s project, and can only hope, that the good Professor and his team, will do justice to these issues of intense public concerns.