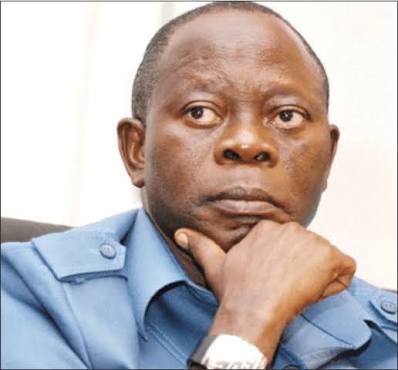 The Adams Oshiomole in Nigerian Politicians

His Excellency Comrade Adams Oshiomole, is one of the very few who have worked self into the Nigerian political mainstream, in a rather uncommon happenstance. From his days as Labour leader, a position he occupied for many years; to becoming the governor of Edo state for 8 solid years and from there to becoming the National Chairman of the ruling All Progressives Congress-APC. Comrade Adams continues to reinvent himself and enjoy political power, not as a privilege but as a right. Even so, he abandoned the rungs through which he climbed the horrific mountain of Nigeria’s elite class. Comrade jettisoned Labour and dumped the ‘struggle’ as soon as he became governor in Edo state. In fact, the once populist and people oriented, dogged fighter and an oracle of a just and fair society, almost instantly transformed into an oppressor who so brazenly once told a poor citizen and widow, to ‘go and die’, even before the cameras and indeed, before the world. He has arrived! The number one man in Edo state can say what he likes and traumatize poor citizens, something for which Comrade Adams would have called on his fellow comrades to embark on a national strike, while he held sway as the Labour leader. But this was a different Comrade Adams.

Much like many a Nigerian politicians. Some of whom once, could not afford a decent meal twice in a day. Some of whom could not distinguish from their right to their left. Many of whom once relied on security men to be able to have access to an office or the home of someone they are looking up to, for a favour. Then suddenly, fortune smiles on them, and they out of the blue, realize that the oppressed and downtrodden are the architects of their own misery. They recognize swiftly, even more unabashed that their own humanity is higher, maybe superior to the humanity of those they formerly depended on to have some access. They are now awake to reality maybe, and then not only rationalize repression but also become unbearable tyrants themselves. 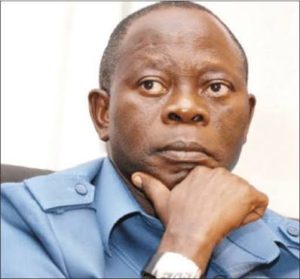 Comrade Adams after his 8 years as Edo state governor, migrated into party politics and became the APC’s National Chairman, when Oyegun left. One of the key people who supported his ambition to become the Party’s National Chairman is Sen. Rochas Okorocha, the former governor of Imo state. But only a few months in the office, Adams Oshiomole made series of moves to cut Okorocha into size. In fact, Adams thwarted every Okorocha’s move and interest, eventually forcing his son in-law; Uche Nwosu, to dump APC for AA. Even this, is typical of most Nigerian politicians. They almost immediately destroy the bridge through which they progressed to the next phase.

Finally, Adams Oshiomole as the APC National Chairman thought himself a god. For he was a judge, a chief judge, president, in fact, he was the party and indeed, Nigeria. Such is the neighboring depiction of who Adams, thought himself to be; Nigeria! He says openly in a national tv that a court ruling will not be honoured and for Bayelsa, he said in no unmistakable language that nobody will be sworn-in. Though his comments very easily passes for a joke, but also a brazen display of  ignorance and utmost rascality. This was a man, nay, a comrade, who stood for workers and literally terrorized the government. Adams was a nightmare to Nigeria’s inept government. A man who became the face of war against injustice and systemic violation of workers, holding Nigerian leaders to meet the welfare needs of Nigerian workers. Now, his words are final and his decisions unchangeable. APC lost out and had no candidate in Zamfara state. The party also lost a few more states to his highhandedness and narcissism. Today, the table has turned and he is on his way to permanent retirement in public management and party politics.

This is what the Nigerian politician does. He acts like god and assumes his words are final. Enjoys power to the fullest as though a right, birth right even, not a privilege, forgetting that power is transient, extremely short-lived, and only but brief. Then suddenly, in the most unexpected event, he looses steam, falls out of favour or is played out. And so he gradually moves into oblivion, suffers so many silent grieve and regrets, even as he continues to advance further into the darkness of his own misgivings, where lies his destiny.