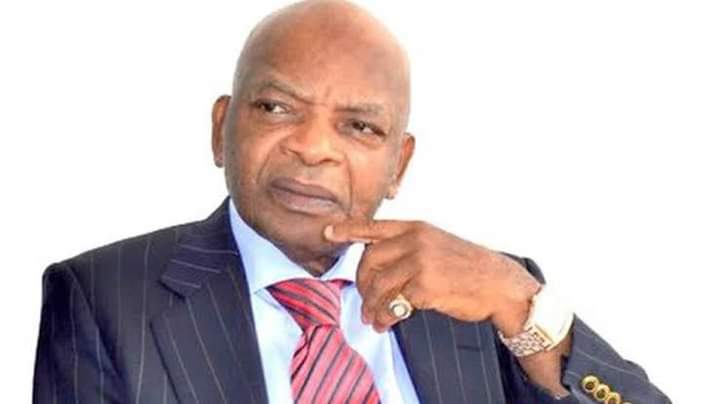 Prince Engr. Arthur Eze, by his comments that he is not in support of Peter Obi, has again, opened the debate on the plausibility of Obi’s presidential aspiration. Many might say that it is expected considering the age-long, albeit false assertions that Igbos don’t support each other. Among other things, this is given as the major reason an Igbo man has not yet become Nigeria’s President. This narrative is false and unfounded. President Obasanjo ran against Falae in 1999. In 2007, Atiku ran against President Yar’adua. Then in 2019, Atiku ran against Buhari. In 2023, Atiku is also running against Kwankwaso. Between 1999 and 2007, Bola Tinubu was one of President Obasanjo’s biggest political enemy. Yet, none of these people are Igbo. Therefore, there is absolutely no serious reason to believe that Igbos must all support and stand with their own before they have a chance to become President. Politics has not changed from being a game of interest to becoming a family business. Hence, Arthur’s comments must be weighed as an enriching contribution to the debate on Nigeria’s president of Igbo extraction. Both for now, and in the future. Political power is negotiated or contracted on terms that are clearly based on give and take.

What Prince Eze has done is to throw the debate open, for people of means and other stakeholders, to declare their own stand and it is only about to get interesting. Recently, there is rising ‘democratic tyranny’ which has enveloped the country and the Southeast in particular. People hold on to their own opinions and free expressions, but resent the opinions and choices of others. In consequence, there has been a long held silence. The insecurity has also helped to cement this silence, which sends all kinds of mixed signals. Some say the Southeast is taken, others say the zone can’t be reasoned with. But it is still a political contest and once interests align, support changes. This was part of the point Anambra Governor, Prof. Chukwuma Soludo made in his long essay. Is it justified for one to hold on to his free choice and then question the choice of others? It is bizarre to say the least, and only borderline tyranny of the masses. In any case, we must not forget that political support is earned or given based on clear terms.

Arthur Eze’s public comment, I predict, will set the ball rolling and within the next coming weeks, stakeholders and Southeast elites will likely begin to declare their standpoint ahead of the 2023 Presidential Election. As of now, about two months to the Presidential Election, it is still a free contest and any serious political player understands that two months is more than enough time to change the trajectory of any political voyage. Even for the Southeast, the PDP whose candidate Arthur Eze is supporting, stands a chance of winning a fair share of votes in the zone. Prince Arthur Eze is not alone in his support for Atiku. The error and disappointment from Obi’s supporters steems from their miscalculation that silence translates to support. In politics, it is not so. Political support is given in concert terms and openly too.

More so, the APC Presidential Candidate, Bola Tinubu, will also have his fair share of support. It is also expected that his supporters in Anambra State, Obi’s home state and the Southeast in general, will also make their stand clear. It is  therefore anticipated that Tinubu will also garner his fair share of votes in Southeast. For among other reasons, Tinubu as a Muslim Yoruba man appointed Ben Akabueze as his Commissioner for Budget. Today, Akabueze is the Director General of Budget Office of the Federation. Mr. Akabueze is from Dunukofia LGA in Anambra State. Peter Obi on his part has a history of religious based discrimination against non-Catholics. So it would only be natural for those at the receiving end of Obi’s religious antics, to align with Tinubu or anyone else. At the end, Tinubu given the right political cords might win enough votes to rival Obi in the Southeast. On a personal level, Tinubu has far reaching rooted connection in the zone. Aside Akabueze, Joe Igbokwe was also appointed by his government. No matter what anyone may think of Joe Igbokwe, he still has a farther sphere of influence more than many of his critics. Tinubu is also running on the platform of a ruling political party. Anambra State and Southeast have appointees of the Federal government and other supporters whom, if fully harnessed, will likely place Tinubu on top of the voters’ table. This is possible. Add to this other businessmen and professionals with a long standing relationship with Tinubu or the APC. Now that this has come to declaring stand as it is in politics, it might happen that if Tinubu and APC activate all structures in the Southeast, the zone might havest more than Tinubu’s fair share of votes in February 25th, next year.

In all, the challenge has been thrown open. Already, Chief Olisa Metu appears to have accepted the challenge by declaring his own position albeit in subtlety. The conversation is now on. Where people stand will soon become clear to everyone and no matter what or how this is construed, it is healthy for the conversation around the 2023 Presidential Election. The reality is that in keeping with the nature of politics, the position of these elites and powerful individuals, will go a long way to determine the share of votes the top three Presidential Candidates; Tinubu, Atiku and Obi, will get in the Southeast.

Most certainly, it is not a one horse race.