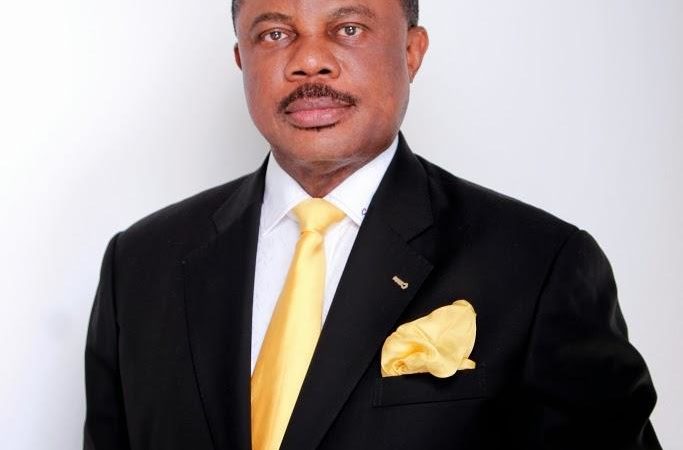 However, in Aguleri and among Aguleri people in the government, there is clear division. One easily sees that Aguleri is of two divisions. There are complaints from Aguleri people who are in government, against other Aguleri people who they say are the major beneficiary of Governor Obiano’s leadership. That is to say one section of Aguleri namely, the governor’s side, benefit more than others. This is irrespective of what people from Anambra Central and South senatorial district think. It is also independent of what majority of Anambra North senatorial district think of the government, largely seen as Anambra North’s tenure.

Recently I was in Aguleri. I have been to Aguleri more than a handful of times. But this time, I was much more observant. There is no doubt, Aguleri has transformed into one of the major townships in Anambra state with street lights, roads, uncountable new modern private homes similar to what we have in major townships within the state, among many other things. Of course, it is common sense to conclude that all I saw have direct relationship with the fact that the governor of Anambra state is from Aguleri and that he has empowered some of his kinsmen who may have empowered other people and more people, in a chain like effect, which has now resulted in noticeable development in that place. At least, I knew how Aguleri was some years back especially in 2013 during the governorship campaigns and in 2014 after the swearing-in of Governor Obiano for his first term in office. So it may appear commonplace for me to conclude that there is a linear relationship between governor Obiano’s administration and the fast pace at which his home town has developed. But perhaps, I was in for a rude shock.

How Ordinary Aguleri People See it

Right in the governor’s village, I engaged people at different points to ascertain. I was shocked to see that they don’t seem to be very happy or impressed whatsoever. They complain of not having power supply and I tried to explain that Governor Obiano is not in charge of EEDC. They complained of not having any industry where they can be employed and I also tried to explain that the governor cannot build industries. I pointed to the roads but they said those are small roads and nothing much. I mentioned their kinsmen who are in government and have benefitted. But they said those people are the governor’s personal friends. I mentioned the new modern houses; they said it has nothing to do with the governor or government.  This is Aguleri, right in the governor’s village where we have key members of Anambra state government. I moved around more and engaged more people and the response pattern remained constant. Repeatedly, they make good remarks about Hon. Chinedu Obidigwe, but refused to give any credit to the governor or admit that he has done anything for them worth mentioning.

Well, the main reason Governor Obiano is opposed and critiqued by many people is because of the common believe that he is far too favourably disposed to his kinsmen more than he is to others. The surprising thing again is that among Aguleri people, the acclaimed most favoured place in the government, one side accuse the other of insensitivity against them. But even more scandalous is the claim by many ordinary people right in the governor’s village, that the government has no impact on them.

What can be more ironic that a governor, who is accused of favouring his people and is mainly opposed for that, the same is denied by his own people, the one he and his government is said to be favouring the most.