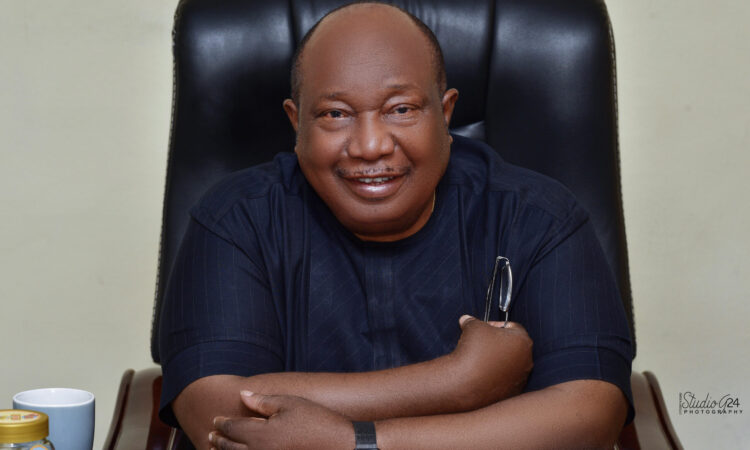 The Profile/Biography of Hon. Greg Obi

This is the profile/shortened biography of Hon. Greg Ikechukwu Obi, the Anambra state Commissioner for Local Government and Chieftaincy Affairs.

Born in the 1950s to the family of Late Chief Osuafor Emmanuel Obi and Late Mrs. Martha Obi; devoted Christians, who gave a lot to the growth of the Church in their community; Greg is the seventh child of his parents’ nine children. Growing up, Greg showed exceptional brilliance and by the young age of 33 years, he became the youngest Managing Director of a bank in Nigeria. Before then, he was already professionally established and successful by all measurable standards.

Hon. Greg Obi started his academic journey at St. Stephen and St. Peter Claver Primary school in Utuh, his home town, now located in Nnewi South local government area of Anambra state. There, he distinguished himself and then proceeded to All Hallows Seminary in Onitsha and later moved to the esteemed Christ the King College, in Onitsha, where again, he finished in flying colours and was quickly admitted by the University of Lagos, for a first degree in Finance. At the prestigious University of Lagos, Hon. Greg then reproduced his excellent academic record, when he graduated with a First Class (Hons) in Finance, Department of Finance, University of Lagos. This uncommon feat opened even more doors for him, as he became a sought-after student; with American Ivy Leagues throwing their doors open to admit him. Among the offers he was given, he then chose a top American University; Columbia University, in New York, United States of America. At the Columbia University, he obtained his MBA with a major in Finance. Greg took up a lecturing job in the Department of Finance at the University of Lagos, for a very short time before he joined the banking industry, where he quickly rose to the apex of banking management and left when the ovation was still high.

Upon voluntary resignation from the banking sector, he established a private business that quickly grew into an intercontinental business. And so between 1996 and 2013, his successful import and export business stretched its operation in three countries located in three different continents; United States, Nigeria and the United Kingdom.

In politics, Greg joined the administration of Governor Willie Obiano from inception in early 2014 upon invitation by the governor and has served in various strategic positions including as Anambra state Commissioner for Finance, and presently the Anambra state Commissioner for Local Government and Chieftaincy Affairs. Also, he was Chairman of Anambra State Tenders’ Board for six years and was the pioneer Chairman of the Anambra State Small Business Agency –ASBA, which he practically nurtured from ground zero and positioned to become one of the success stories of the Chief Willie Obiano’s administration. In addition, Hon. Greg is one of the pioneer board members of the Anambra State Investment Promotion and Protection Agency –ANSIPPA. As Commissioner for Local Government, he has ensured stability in many troubled community and Town Union leadership which has contributed to the political steadiness experienced in Anambra state today. Greg without doubt has distinguished himself, bringing his years of cognate practice as an outstanding finance administrator, investment adviser and manager, his academic brilliance, as well as skillful management of human relations, in serving the public. Hon. Greg has remained clearly exceptional in the cabinet of Governor Willie M. Obiano. There is hardly any doubt that Greg is a man in constant pursuit of excellence; putting his intellectual rigor into experience, to the service of humanity.