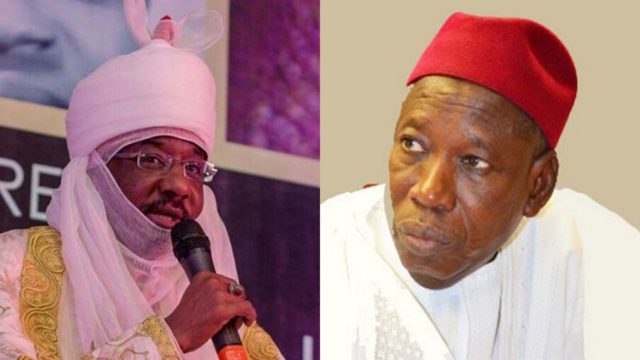 The major fact to note is that the dethronement of Sanusi is political. Sanusi was appointed Emir of Kano just before the former governor of Kano; Rabiu Kwankwaso left office in 2015. The former governor of CBN, has shown to be a man of his own whims, an independent actor with a capacity for self criticism. Certainly, after his tenure as CBN governor, where he was forced by the former president; Goodluck Jonathan, on a compulsory leave towards the end of his 5 years single tenure at CBN, following the dramatic event that unfolded after he alleged that over $20 billion dollar was missing from the treasury. Sanusi has remained a man that does not seem to be willing to keep his sharp opinion and criticisms of the leadership class, to himself. Quite frankly, he has not gotten along with Governor Ganduje, as he often openly critiques the governor and publicly opposed the governor’s second term bid, Sanusi’s action is not without consequence especially when governor Ganduje returned for second term, despite the strong opposition mounted against him. 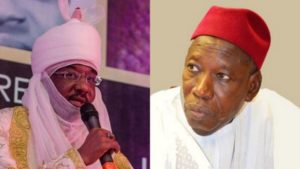 Interestingly, Governor Ganduje was Kwankwaso’s deputy and it was Kwankwaso who appointed Sanusi Emir, in 2014. Both Kwankwaso and Ganduje, once formidable team, have become their own greatest political enemies. The summary is that the feud between Kwankwaso and Ganduje may also have affected Sanusi and Ganduje’s relationship. Possibly, Ganduje transferred his feud with Kwankwaso to Sanusi. But importantly, Sanusi’s blunt comments and open opposition against Ganduje, is something Governor Ganduje did not find funny at all. Ganduje after his recent creation of new Emirates which was later dissolved by the Court, one time responding to questions by newsmen said that he is not on any vendetta against Sanusi, because Sanusi should be reporting to the Local Government Chairman and has nothing to do with him, because that is what the constitution said. On his part, Sanusi, a former CBN governor, must find it difficult to submit to Ganduje who was only a Deputy Governor while he was at his peak in CBN and in control of the nation’s wealth. In effect, this is partly a war of ego. Sanusi could hardly submit to Ganduje and Ganduje as the new Chief Executive, would have non of Sanusi’s excesses.

On the other hand, the removal of Sanusi is but a consequence of the high wired Nigerian politics, ahead of 2023 Presidential election. Emir Sanusi is a proper Lagos boy, who lived all his life in Lagos and worked in Lagos, until he became Emir. Obviously, he has some strong connection with the Lagos power bloc, in the APC. It is in fact an open secret that Bola Tinubu played a key role that made the former governor of Kano State appoint Sanusi, Emir. Tinubu’s role was reported in some National dailies. So, viewed from this prism, what happened to Emir Sanusi is in preparation of the 2023 Presidency, of which Tinubu has expressed strong desire to contest. It is likely that Sanusi’s removal as the Emir of Kano, is part of the grand plan within the APC faction of the infamous presidency branch, to cut Tinubu to size. Those who are familiar with developing events understand that Emir Sanusi will return Tinubu’s gestures in 2023, if Tinubu joins the race to Aso-Rock.