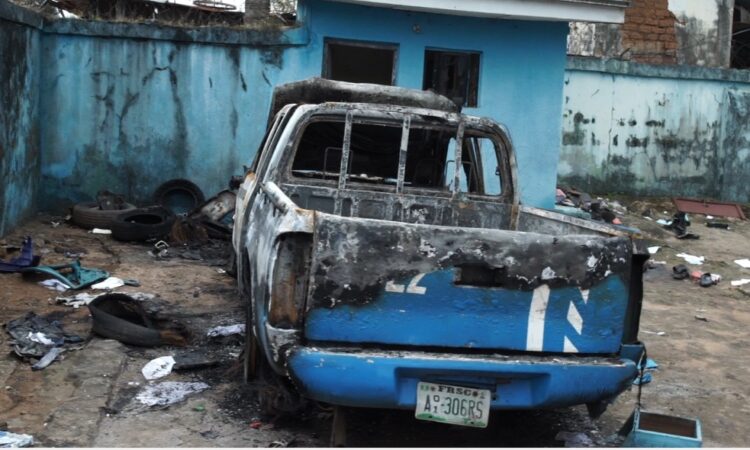 Tyranny of the Masses: Before Nigeria Slips into Anarchy

As of now, it is clear to every discerning mind that what is going on across several states of Nigeria is no longer the #End SARS campaign, but a dangerous development that can so easily slip into chaotic anarchy. The situation as it is, can with much ease degenerate to not only making government irrelevant, but also where individuals usurp the ultimate power of government to decide who may live and who must die. Events of the past few days, most tellingly, suggest a speedy decline into a state of lawlessness and disorder; effective anarchy and this should raise concerns. 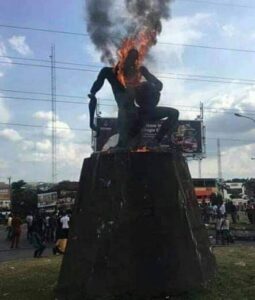 In many states across the federation, horde of looters have invaded several public and private properties looting and having a field day supposedly in response to decades of governmental failures. On the face value, the mob action is plausible and these actions may seem justified. But in each case, the public properties destroyed and looted, were build by the citizens through the taxes they pay to the government. The private properties of individuals invaded and looted are owned by people, fellow citizens, who have been just as unfortunate as the masses may have been. Without any iota of equivocation, what we have seen in the past few days where people loot freely, with some invading private warehouses and looting people’s hard work, is pure criminal, at best tyranny of the masses and these events, as dismissible as it may seem for some people on the excuse that government has failed, or that people are hungry, or that they are angry and so reacting to government ineptitude, it is recipe for wild chaos that will put the live and property of every single person in Nigeria into imminent danger. Tyranny and anarchy not surprisingly appear to share some borderline; they are usually excusable at the beginning and sometimes overly justified until it gets worse. I mean, it is so bad that people are discovering COVID-19 palliative locked away by government while people are hungry. What kind of government hoards food while people die of hunger? Yes, perhaps private businesses looted in the process of looting this palliative stored by government, are a few unfortunate businesses or just maybe casualty of the discovery and looting of COVID-19 palliative. Then burning public properties; police stations, government infrastructure, government vehicles and etc, all seem excusable on the basis that people are angry. For each step towards anarchy, there is an excuse and it keeps going, while disorder gets firm foothold. As government becomes overwhelmed with security operatives traumatized, the anarchists brazenly loot at will. Then it suddenly gets to a point where they can decide to attack all the people living in a particular area where rich people live, whether they are in government or not. And so if for anything else, break down of law and order must not be condoned under any guise because it is a dangerous situation that can consume anyone. 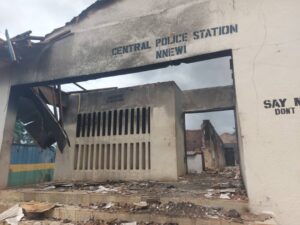 As of today, about five days after the Lekki massacre, hoodlums in parts of Anambra state and elsewhere, have set up roadblocks for the purpose of extorting money from road users. The road users are fellow citizens who are just as unfortunate, disadvantaged, beaten and bitten by the venomous crass leadership failure in Nigeria. Let’s not forget that this is just part of the malaise that instigated the #End SARS protest; a recurrent situation where police officers routinely set up illegal checkpoints for the sole purpose of extortion. Over time, this graduated to picking people at random, framing them and compelling them to part with their money.  Now the police has been displaced and these hoodlums have gone on to set up their own roadblocks and extorting members of the public. Therefore, it has to be said that these people burning down government properties, invading private properties, looting and killing, are not our heroes. They are not our freedom fighters and they are not the hope of liberating Nigeria from the stronghold of perpetual failed governance. Instead, they are the very agents of great destabilization, of confusion, disarray, insecurity and war. Make no mistakes; the mobs attacking and looting are enemies of the Nigerian people, not just the government. This is because, under this circumstances it is a free for all of some sort as we have witnessed for a few days now and with the hoodlums arrogating to themselves the power of the state, with no functional law except personal discretion, literally speaking, no one is free or safe anymore. That is to say that government will completely collapse if this is allowed to go on. 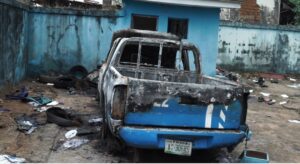 It is therefore imperative that we do not mistake the chaos we are presently courting for freedom or solution to bad governance in Nigeria. On the contrary, this chaos can only create more disorder and instability and eventually plunge us into a war against each other, so that everyone can enforce as much obedience as he or she is powerful enough to enforce. That there are apparently some dangerous weapons now in the hands of some bad guys out there is also worrisome. What is going on where hoodlums are looting freely, blocking roads, killing and beheading, generally behaving as if public order and decency is on suspension, is invite to anarchy and those fanning the embers of anarchy by offering tacit support to these hoodlums looting at will, must understand that the masses have capacity to be tyrants. We must not also forget that these masses are the same people that demand to be paid before they cast their votes to the highest bidder, during election. Critically speaking, in actual fact, these masses are not victims of bad governance, but accomplices.

Moving forward, government at all level must show commitment to the wellbeing of the people and must respect the citizens’ right to peaceful protest, as well as accommodate legitimate demands of the people and actually do something about these demands. What we are seeing with this development is leadership failure at all levels and clearly, no one is safe. Nigerian leaders are completely out of touch with the reality the people of Nigeria are facing and it is only unfortunate. A situation where homes of public office holders are invaded and looted comprehensively, apparently by people of his constituency, who, ordinarily should offer some protection to him and his belongings, says so much about the legitimacy of these leaders, even in their immediate constituency. Nigerians are governed by people who do not care so much about their basic needs, as much as they care about the luxury they enjoy with public money. The lesson remains that power belongs to the people and the Nigerian people must now appropriate their power where it matters the most, by electing credible people who will pilot their affairs honorably. 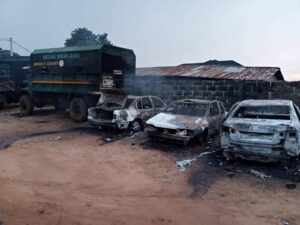 For now, every effort by government and all well meaning citizens must be channeled towards ending the brewing disorder and tiptoe towards chaotic anarchy, just before it becomes too late.