The 6th House of Assembly of Anambra State will come to an end, in about a week’s time. Although, in reality, the House is ending on Monday, the 3rd of June 2019, after it’s plenary which other things being equal, will be the last sitting of the 6th Assembly.

Over the last four years, the Assembly has gone on with its business of lawmaking and performing oversight on the executive arm. Within these years, the House has also witnessed low level disturbances and disruption, especially as it patterns the leadership of the Assembly. Generally, it is easy to look at the House and quickly dismiss it as an apron string of the executive or rather, the governor. It is indeed, easy to raise doubt as to the existence of separation of power between the executive and the legislature, however, it is instructive to consider that different arms of government naturally require cooperation for effective leadership and good governance delivery. This fact though, does not negate the independence of each arm. In context therefore, while the cooperation between the Anambra executive intends to ensure harmony and good governance, the legislature must not lose its distinct identity while at it. Conversely, the executive ought not to exert undue influence or needlessly interfere in the affairs of the legislature. So far, one must admit that this seamless order has not been internalized on both sides. But in any case, a kin observer will see clearly that the 6th Assembly has left some worthwhile legacies in the sands of time, however, some of its legacies remain unsealed. 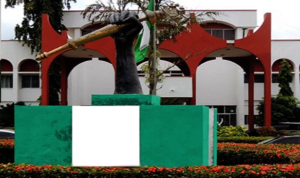 Between 12th June 2015 and the last sitting of the House just last week, the Assembly has been able to pass a total of 33 bills. If we just divide these bills proportionally over the four years term, we will have 8 to 9 bills for each legislative year. This is above average and truly fair, considering the enormity of work that goes into passage of a bill by the legislature. However, the major question is; what is the quality of these bills? This question is rarely asked but it is the most important thing when considering the performance of legislature. Now, of these 33 bills successfully passed into law by the 6th Assembly of Anambra State, how many of them address core challenging issues of public concern? How many of them are designed to strengthen governmental institutions in a sustainable manner, for good governance delivery? When the bills, pass the above tests, then the next one is; have they been signed into law? Thereafter we can talk of gazette and execution. Truth is, the people cannot feel the impact of the legislature until the laws they make have gone through these processes.

Now here are some of the very quality laws passed by the Anambra 6th Assembly;

Considering the import of these laws passed by the Assembly on the wellbeing of Anambra people and the institutions of government, both the legislature and especially the executive should quickly do the needful, in the interest of the people and government of Anambra State. The governor should sign these laws in order to begin with the 7th Assembly on a fresh note, with stronger and better institution, which will make the huge task of governance easier, for all.